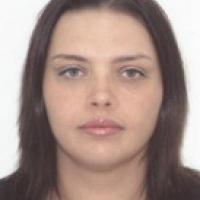 When and where did you begin this sport?
At age 13 she took up sitting volleyball. She then took up para-skiing and biathlon at age 16 in Kiev after she had been in the mountains for the first time and loved it.
Why this sport?
Once she tried the sport she found it addictive and wanted to keep on doing it.
Club / Team
Invasport: Kiev, UKR
Name of coach
Valery Kazakov
Coach from which country?
Ukraine

She was Ukraine's flagbearer at the opening ceremony of the 2010 Paralympic Winter Games in Vancouver. (sportaso.info, 13 Mar 2010)

In 2006 she was given the highest decoration of Ukraine, the title of Hero of Ukraine. (gorod.cn.ua, 23 Feb 2009)
Other sports
She was a member of Ukraine's sitting volleyball team at the 2004 Paralympic Games in Athens. She has also competed in both para-biathlon and cross-country skiing. (other.sport.ua, 23 Mar 2010; Paralympic.org, 2014)
Famous relatives
Her husband Sergiy Khyzhnyak also competed in para-Nordic skiing and participated in the 2010 Paralympic Winter Games in Vancouver. In 2013, he switched to shooting. (goroduman.com, 23 Mar 2010; invasport.org.ua, 22 Oct 2013; Athlete, 17 Jan 2014)
Impairment
She had chickenpox at age three. Complications from the illness were so serious that doctors had to amputate her legs. (gorod.cn.ua, 23 Feb 2009; Athlete, 13 Mar 2014)