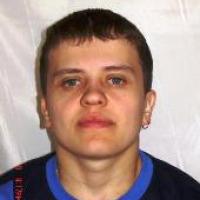 When and where did you begin this sport?
She began the sport in 1996 at the Spartakovets club in Serov, Russian Federation.
Why this sport?
She always liked powerlifting and watched it on television, but she was embarrassed to go to the gym because of her height. When she was in grade nine, she passed by one of the two powerlifting gyms in Serov, Russian Federation. Russian coach Sergey Starodumov was standing on the porch and he invited her to attend a training session.
Club / Team
Rodnik: Yekaterinburg, RUS
Name of coach
Svetlana Paltseva [personal], RUS, from 2010

Awards and honours
In December 2013 she took part in the Olympic torch relay in Kamensk-Uralsky, Russian Federation, ahead of the start of the 2014 Olympic Winter Games in Sochi. (rg.ru, 15 Dec 2013)

For her achievements at the 2008 and 2012 Paralympic Games, she twice received the Order for Merits to the Fatherland [second and first classes] from the president of the Russian Federation. (kremlin.ru, 30 Sep 2009, 10 Sep 2012)

In 2009 she was named an Honoured Citizen of her hometown of Serov, Russian Federation. (powerlifting.ru, 31 Jul 2010)

TIME OUT
She took a break from competitive sport in 2000, because she felt her body getting tired. She returned to powerlifting two years later to prove to herself that she could achieve high results. "I realised that sport was my life and that I am capable of a lot." (shkola1serov.rf, 28 Mar 2014)