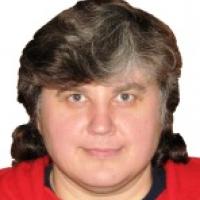 When and where did you begin this sport?
She began training in 1999 in Dzerzhinsk, Russian Federation.
Why this sport?
She switched from athletics to powerlifting.
Club / Team
Muscle Sport [RUS] / Vera [RUS]:
Name of coach
Sergey Shein, RUS

She took part in the torch relay ahead of the 2014 Paralympic Winter Games in Sochi. Her leg of the relay was in Nizhny Novgorod, Russian Federation. (vgoroden.ru, 04 Mar 2014)
Impairment
She lost her leg in an accident at age 12. (reporter-dz.ru, 24 Aug 2009)
Other information
CAREER BREAK
In 2016, she took a break from her athletic career due to the state of her health. (Athlete, 24 Apr 2016)

OCCUPATION
Apart from being a coach in her sport, she works for an association that assists people with impairments in their daily lives. She also has her own theatre studio where she organises theatre-related activities for people living with impairments. (Athlete, 24 Apr 2016)