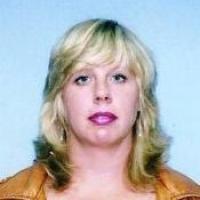 When and where did you begin this sport?
She took up the sport in 2007 at age 35 in her home town of Yugorsk, Russia.
Why this sport?
After doing para-powerlifting for almost 10 years, she switched to para-athletics.
Club / Team
Yugra Centre of Adaptive Sport: Khanty-Mansiysk, RUS
Name of coach
Eduard Isakov
Coach from which country?
Russia
Coach from what year?
1998
Training Regime
She trains twice a day, five days a week.

SITTING VOLLEYBALL
After the 2012 Paralympic Games in London, she founded a sitting volleyball team in her home city Yugorsk, Russia and was named best player at the 2012 Russian Championships held in the Tula region of Russia. (ugra-tv.ru, 28 Nov 2012, 04 Dec 2012)

SECOND COACH
She refers to her son Alexander as her 'second coach' because he is so supportive of her. (neinvalid.ru, 08 Jul 2012)