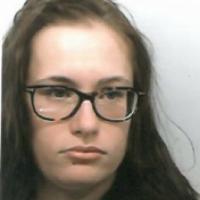 When and where did you begin this sport?
She began Para athletics in 2014.
Why this sport?
Her father encouraged her to go along to a taster session at the Weir Archer Academy. "When I first started at the academy I was finding it very hard to make friends at school. I didn't want to do much with my life and had very little confidence to talk about my disabilities.This sport has given me the opportunity to make friends who understand what I have been through. I love the fact it's a great support network, not just for me but for my parents too."
Club / Team
Weir Archer Academy: London, ENG
Name of coach
Jenny Archer [club], GBR

Nicknames
Livs (Facebook profile, 03 May 2020)
Sporting philosophy / motto
"Don't see disability as a barrier, see it as actually you can prove a point and do something that you love." (Pride of Sport Awards YouTube channel, 13 Dec 2018)
Awards and honours
She was named Young Sportsperson of the Year at the 2018 Pride of Sport Awards. (prideofsportawards.co.uk, 05 Dec 2018)

She was presented with the Outstanding Female Performance award at the 2016 National Junior Championships in Coventry, England. (efds.co.uk, 03 Jul 2016)
Ambitions
To compete at the 2020 and 2024 Paralympic Games. (Facebook profile, 13 May 2017; livst33.com, 2020)
Impairment
She was the only survivor of triplets, born prematurely at 24 weeks. Weighing less than one kilogram at birth, she spent the first five-and-a-half months of her life in hospital. She has cerebral palsy, as well as a visual and hearing impairment. (Facebook page, 20 May 2017; surreymirror.co.uk, 19 Nov 2010)
Other information
COCHLEAR IMPLANT
In January 2019 she underwent bilateral cochlear implant surgery. The surgery implants a neuroprosthetic device into the ear to provide those with hearing loss to experience a modified sense of sound. "Before this I couldn't hear the sounds that I'm hearing now, such as the start gun and I was restricted to what I could hear on the phone. Now thanks to the cochlear implants I can have a conversation on a mobile phone and can hear sounds that I never heard before or even knew made a sound." (weirarcher.co.uk, 26 Jul 2019)

OTHER ACTIVITIES
She has served as an ambassador for CP Teens UK, a charity which supports teenagers with cerebral palsy. She has also served as an ambassador for the Royal National Institute of Blind People [RNIB] and Ability Today, an online news service for people with impairments . (weirarcher.co.uk, 26 Jul 2019; Facebook profile, 03 May 2020; prideofsportawards.co.uk, 05 Dec 2018)