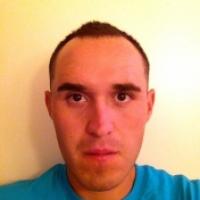 Hobbies
Playing card games, watching documentaries, writing. (mainewsc.org, 21 Nov 2013)
Sporting philosophy / motto
"One small crack does not mean that you are broken. It means that you were put to the test and did not fall apart." (mainewsc.org, 21 Nov 2013)
Other sports
He has competed in both para-cross country and biathlon. (rivergrandrapids.com, 07 Mar 2014)
Ambitions
To compete at the 2018 Paralympic Winter Games in Pyeongchang. (trib.com, 24 Apr 2015)
Impairment
He crashed his motorbike in June 2008 while driving back to the military base he was stationed at when serving in the US Army. "Injuries left me unable to move and feel my right arm. I had three invasive surgeries to repair my arm, and the recovery phase and physical therapy lasted three years but ultimately failed. Throughout those years my arm was constantly in a very large and bothersome sling. In December of 2011 my doctors suggested amputating it at the shoulder and I accepted." (omarbermejo.blogspot.com, 10 Feb 2012)
Other information
DEPRESSION
He suffered a period of depression after his amputation, and says he needed to find a new purpose in his life. Whilst at the Tuscon Veterans Administration Medical Centre he was introduced to Nordic skiing as a way of supporting his rehabilitation. "Tried it, loved it and now look at me." (rivergrandrapids.com, 07 Mar 2014)

MILITARY SERVICE
He joined the US Marine Corps in 1999, and served four tours in Iraq. (omarbermejo.blogspot.com, 10 Feb 2012)