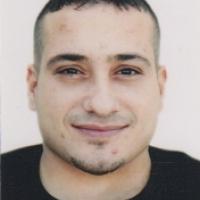 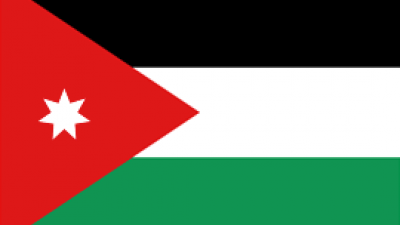 When and where did you begin this sport?
He took up the sport in 2003 in Amman, Jordan.
Why this sport?
His family told him to go to the local sports and cultural club for a change of atmosphere and to meet new people. He had no intention of taking up a sport, but when he visited the club the powerlifting coach took one look at him and knew he had potential. Qarada asked about the training programmes, and decided that he would try powerlifting.
Club / Team
El Wafaa Club: Amman, JOR
Name of coach
Issa Hilal [national]

Hobbies
Breeding birds. (Athlete, 11 Jul 2019)
Memorable sporting achievement
Winning silver medals at the Paralympic Games in 2008 and 2016. (Athlete, 11 Jul 2019)
Most influential person in career
His mother. (Athlete, 25 Aug 2021)
Hero / Idol
His father, his family, Prince Mired Bin Ra'ad Bin Zeid of Jordan. (Athlete, 11 Jul 2019)
Sporting philosophy / motto
"Fair play." (Athlete, 03 Dec 2017)
Famous relatives
His wife Asma Issa has also represented Jordan in Para powerlifting and competed at the 2019 World Championships in Nur-Sultan, Kazakhstan. (SportsDeskOnline, 23 May 2021)
Impairment
He was born without both legs. (addustour.com, 23 Jul 2018)
Other information
LONDON 2012 INCIDENT
He and two powerlifting teammates from Jordan's 2012 Paralympic Games delegation were sent home without competing in London, after being charged by police with sexual assault while at a training camp in Northern Ireland shortly before the Games. He pleaded guilty to the charges and received a 12-month sentence, suspended for two years. The charges against his two teammates were withdrawn in June 2013. (belfasttelegraph.co.uk, 04 Mar 2014; insidethegames.biz, 03 Jun 2013; bbc.co.uk, 16 Oct 2012; cnn.com, 28 Aug 2012)

From Tokyo to Tbilisi: Omar Qarada