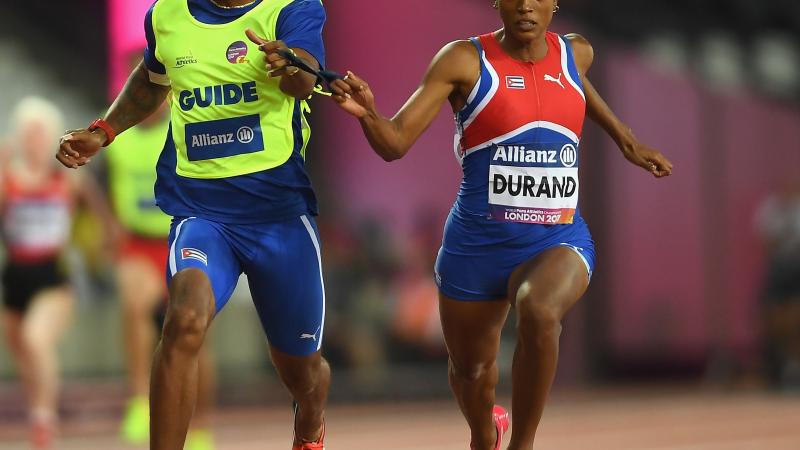 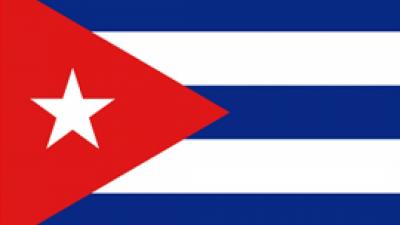 The Cuban made history in 2015 when she clocked the fastest 100m time ever by a female Para athlete at the Toronto 2015 Parapan Am Games in Canada, her first major event back on the track since the birth of her daughter in 2013.

Despite rainy conditions during the heats, Durand clocked 11.65 seconds, but even then, it was a mark that didn’t last long.

Two months later at the Doha World Championships, Durand dominated the field in each of her three events – the 100m, 200m and 400m T12 - securing a hat trick of gold medals as she broke a spectacular four world records along the way, including a time of 11.48 in the 100m.

Before lowering her world record to 11.40 seconds to win gold in the 100m T12 final, Durand had broken the Paralympic record twice in the heats.

Two Paralympic records fell in the 200m as she stormed to a second gold in 23.05.

She saved her best for last, smashing the 400m world record twice to complete a hat-trick of titles. She first ran 52.90 in the heats, before a blisteringly quick 51.77 secured her the top step on the podium.

Durand was just 19-years-old when she stunned the world at the 2011 World Championships in Christchurch, New Zealand, winning the 200m T13 in world record time – as well as gold in the 400m T13.

After the birth of her daughter, Durand’s sight deteriorated and she was reclassified to the T12 class. She didn’t slow down however, and her performances at the Toronto Parapan Am Games proved just that.

With just one medal event to contest at the London 2017 World Championships Durand made sure gold was hers with a convincing victory in the 100m T12 (11.52), bringing her impressive tally of world titles to eight as her unbeaten run on the global stage continued. 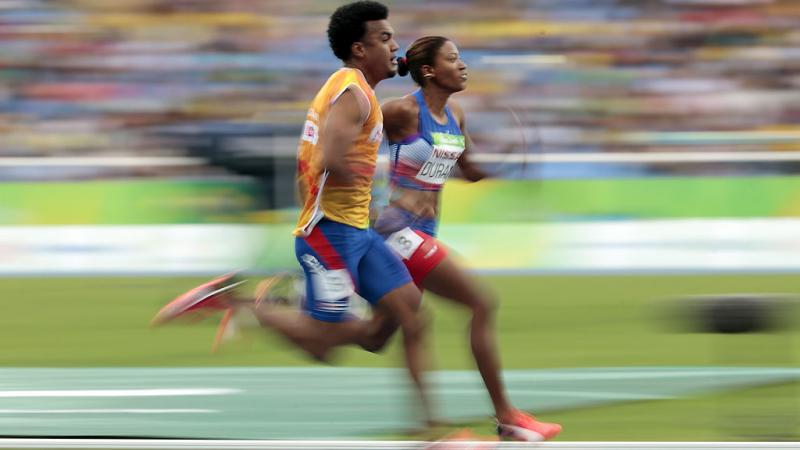 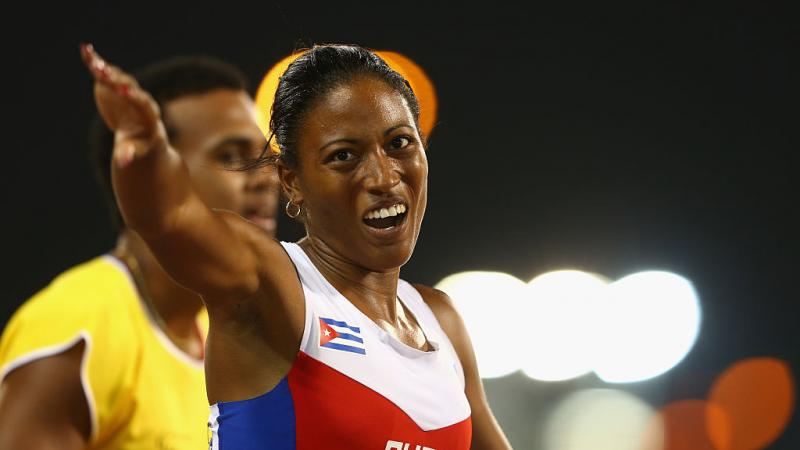 A ruptured muscle in her right thigh disrupted her training ahead of the 2008 Paralympic Games. She went on to sustain a further muscle strain during the 400m at the Games in Beijing. (cubacontemporanea.com, 08 Oct 2015)
Sporting philosophy / motto
"If you don't dream in sport, you can't be an athlete. You have to dream big." (playoffmagazine.com, 25 Mar 2021)
Awards and honours
In 2019 she was named the Para Athlete of the Year in Cuba. (cubadebate.cu, 20 Dec 2019)

She cast prints of her hands in concrete at a ceremony at the 2019 Parapan American Games in Lima, Peru. The prints were to be placed at the VIDENA Athletics Stadium Walk of Fame in Lima. (paralympic.org, 23 Aug 2019)

She was named Best Sportswoman of the 2016 Paralympic Games in Rio de Janeiro by the International Paralympic Committee [IPC]. (cibercuba.com, 07 Sep 2017)

She was presented with the 2016 Juan Antonio Samaranch IOC Para Athlete Award by the United States Sports Academy. (paralympic.org, 21 Apr 2017)

She was flag bearer for Cuba at the opening ceremony of the 2016 Paralympic Games in Rio de Janeiro. She carried out the same role at the opening ceremony of the 2012 Games in London and the closing ceremony of the 2015 Parapan American Games in Toronto, ON, Canada. (deportes.terra.com.co, 02 Aug 2016; paralympic.org, 15 Aug 2015, 29 Aug 2012)
Famous relatives
Her husband Noleysi Bicet has represented Cuba in athletics, competing in hammer throw at the Pan American Games in 2007 and 2011. (SportsDeskOnline, 07 Oct 2019; cubacontemporanea.com, 08 Oct 2015)
Ambitions
To win gold at the 2020 Paralympic Games in Tokyo. (en.cubadebate.cu, 10 Sep 2019)
Impairment
Her vision impairment is the result of cataracts. (WOWOW official YouTube channel, 21 Aug 2019; trabajadores.cu, 17 Apr 2016)
Other information
RELATIONSHIP WITH COACH
She began working with coach Miriam Ferrer Fernandez in 2005. "I have always worked with Miriam. With her I have gone through everything. We have lived beautiful and special moments. She is like a mother to me. She deals with everything. It isn't only a matter of telling you how many laps you have to run or weights you have to lift. It's being on top of everything, even my daughter's school. I don't have any complaints from my family." (havanatimes.org, 24 Dec 2020; cubahora.cu, 14 Mar 2020)

MATERNITY BREAK
She took time away from competition following the 2012 Paralympic Games in London to give birth to her daughter. She returned to the sport in 2015. "I ran in London while pregnant. Of course, I didn't know that, and I didn't have any symptoms either. I think that my adrenaline and concentration on the competition only led me to perceive nothing. Of course for us athletes who are mothers the effort is a little greater. Having a baby and continuing to lead an athlete's life involves a lot of sacrifice. The greatest inspiration I have in my life is my daughter." (cubasi.cu, 09 May 2020; cubahora.cu, 14 Mar 2020; paralympic.org, 14 Mar 2019; trabajadores.cu, 17 Apr 2016)

Perfect 10 for Durand at Worlds