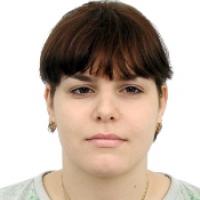 When and where did you begin this sport?
She took up the sport at age six in Kamchatka, Russia.
Why this sport?
Her mother encouraged her to start in order to stay healthy.
Club / Team
Arslan: Ufa, RUS
Name of coach
Igor Tveryakov, RUS, from 2006

For her achievements at the 2008 and 2012 Paralympic Games, she was awarded the Order of Honour and the Order of Friendship by the president of Russia. (kremlin.ru, 30 Sep 2009, 10 Sep 2012)
Impairment
She was born with glaucoma. (paralympic.org, 01 Jul 2011)
Other information
POLITICIAN
In 2013 she was elected deputy of the State Assembly [Kurultay] of Bashkortostan, Russia where she deals with sports popularisation and para-sports promotion issues. (Athlete, 03 Apr 2015)