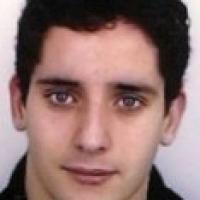 When and where did you begin this sport?
He began swimming competitively at age 11.
Why this sport?
He learnt to swim as part of his rehabilitation.
Club / Team
Club Natacion Galaico: Pontevedra, ESP
Name of coach
Miguel Lopez [personal]

Hobbies
Reading, travelling, assembling model aircraft. (pablocimadevila.es, 06 May 2010)
Sporting philosophy / motto
"He who gains a victory over other men is strong; but he who gains a victory over himself is all powerful." [Lao Tzu] (Facebook profile, 14 Apr 2011)
Impairment
At age four he was hit by a car, which resulted in paraplegia. (pablocimadevila.es, 06 May 2010)
Other information
RETURN TO SWIMMING
After three years out of the pool, he returned to the sport in 2016 looking for his qualification for the 2016 Paralympic Games in Rio de Janeiro. "Swimming is what makes me wake up happy every day. I will quit competing one day but I will continue swimming. I can't live without it." He quit the sport after the 2012 Paralympic Games in London when he could not swim his main event, 200m medley, because it was removed from the competition programme. He focused on his jewellery project instead. (diariodepontevedra.galiciae.com, 03 Feb 2016)

TV SHOW
He is the protagonist of the TV show '24 K', broadcast by Discovery Max in Spain. The programme talks about his profession as a jewellery designer and he decided to put swimming on hold to focus on the show. (formulatv.com, 24 Mar 2015)

OCCUPATION
He works as a jewellery designer in the workshop he has alongside his brothers in Pontevedra, Spain. He also began a jewellery school in Madrid, Spain. (Pablo Cimadevila's Facebook page, 23 Jul 2016; diariodepontevedra.galiciae.com, 03 Feb 2016; 25 Mar 2015)

CHARITY
He donated the gold medal that he won at the 2000 Paralympic Games in Sydney to raise money to support the rehabilitation of children with impairments. (teinteresa.es, 23 Nov 2013)