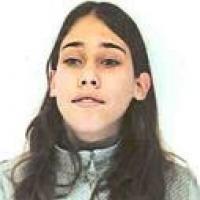 When and where did you begin this sport?
She took up the sport in 2001.
Why this sport?
She first tried swimming and tennis before opting for Para athletics after trying a racing wheelchair for the first time in Nottwil, Switzerland.
Training Regime
She trains up to nine sessions a week, including two at the gym.

Hobbies
Visiting medieval markets. (bueron.ch, 01 Oct 2018)
Memorable sporting achievement
Competing at the 2012 Paralympic Games in London. (bueron.ch, 01 Oct 2018; Athlete, 21 Oct 2015)
Injuries
In 2015 she was affected by Pfeiffer's glandular fever which obliged her to reduce her training for the following two years due to extreme fatigue. She returned to full training in late 2017. (swissparalympic.ch, 01 Dec 2019)
Awards and honours
In 2014 she was presented with a special achievement award by the Swiss Paralympic Committee. (swissparalympic.ch, 24 Oct 2014)