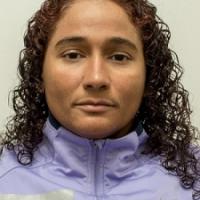 When and where did you begin this sport?
She began Para swimming in 2009 in Espirito Santo, Brazil.
Why this sport?
She played football when she was younger, and she wanted to remain active after her accident. She first took up wheelchair basketball before moving on to swimming. "I wanted to learn how to swim and it later became my passion."
Club / Team
Associacao Capixaba Paraolimpica de Desporto-Clube de Natacao e Regatas Alvares Cabral [ACPD-CNRAC]: Vitória, BRA

Memorable sporting achievement
Competing at the 2016 Paralympic Games in Rio de Janeiro. (Athlete, 02 Dec 2017)
Most influential person in career
Her first coach Fairo Brasil. (Athlete, 02 Dec 2017)
Sporting philosophy / motto
"Always persist, never desist." (Athlete, 02 Dec 2017)
Impairment
In 2002 she was shot in the neck during a robbery at her workplace. Her injuries resulted in quadriplegia. (cpb.org.br, 01 Jun 2019; Athlete, 02 Dec 2017)
Other information
SANCTION
In May 2020 she was suspended for one year by the International Paralympic Committee [IPC] after testing positive for the banned substances hydrochlorothiazide and metabolite, and SARM LGD-4033 [Ligandrol] and metabolite, during the 2019 Parapan American Games in Lima, Peru. She was ineligible to compete until August 2020, and she was stripped of the two medals she won at the 2019 Parapan American Games. (paralympic.org, 05 May 2020) 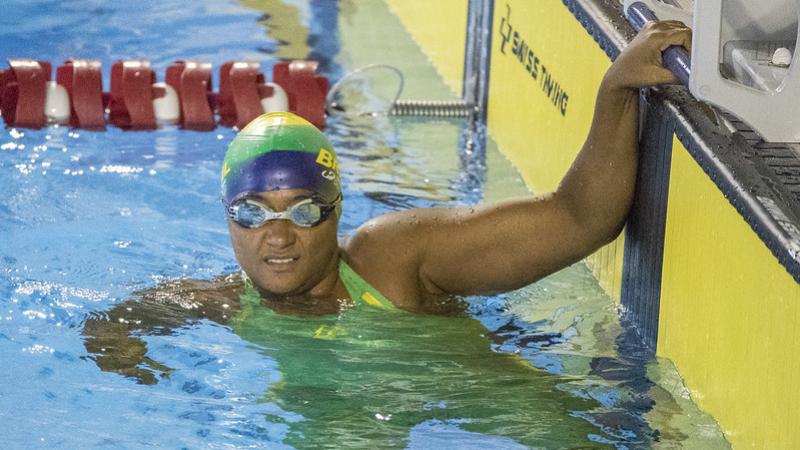