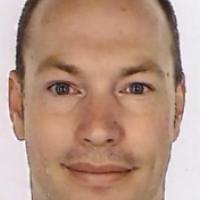 When and where did you begin this sport?
He began powerlifting in 2006.
Why this sport?
After his accident, he took up athletics [javelin] in order to train and recover his upper body strength. During this time, he realised he had more talent for bench press than for javelin, and decided to pursue powerlifting at an elite level.
Name of coach
Laurens Schouten, NED

Memorable sporting achievement
Winning his category at the 2017 World Cup event in Dubai, United Arab Emirates. (Athlete, 03 Dec 2017)
Sporting philosophy / motto
"Stay clean." (Athlete, 03 Dec 2017)
Impairment
In 2004 he was struck by a car that was being driven by a drunk driver. His right lower leg was amputated and his pelvis was severely injured, resulting in the removal of a metre of his small intestine. He left hospital after seven weeks. (sportsinjurycommunity.wordpress.com, 28 Jan 2013)
Other information
OTHER ACTIVITIES
He was a member of the Athletes' Commission of the Dutch Olympic Committee in 2014 and 2015. (Dutch Olympic Committee Atleten Commissie Facebook page, 22 Dec 2015; nocnsf.nl, 28 May 2014)