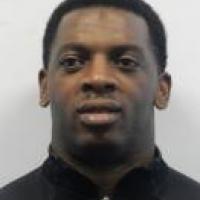 When and where did you begin this sport?
He took up the sport in 2011.
Why this sport?
A friend introduced him to the sport.

Nicknames
The Bionic Man, Paulie (Instagram profile, 10 Apr 2016)
Hobbies
Going to the cinema, travelling. (LinkedIn profile, 2015)
Most influential person in career
"Everybody. Learning from people's successes and failures." (britishweightlifting.org, 28 May 2012)
Injuries
An injured pectoral muscle prevented him competing at the 2013 Fazaa International Championships in Dubai, United Arab Emirates. (britishweightlifting.org, 12 Mar 2013)
Impairment
In 2011 he lost his right leg above the knee after being involved in a motorcycle accident. (dailymail.co.uk 01 Sep 2012; guardian.co.uk, 31 Aug 2012)
Other information
PRISON
In 2006 he was sentenced to nine years in prison for two counts of causing grievous bodily harm with intent, two of false imprisonment and one count of blackmail. The charges came after he was part of an attack on two Liberian asylum seekers who were trying to buy false passports. He was released from prison in March 2011. (dailymail.co.uk, 01 Sep 2012; guardian.co.uk, 31 Aug 2012; bbc.co.uk, 19 Jan 2006)

ACCREDITATION DENIED
He was denied accreditation for the 2012 Paralympic Games in London despite qualifying and being selected by Great Britain. The British Home Office refused him security clearance due to a nine-year jail sentence he received in 2006. He had declared his conviction and had the support of the British Paralympic team, who appealed the decision, but denial of his accreditation was upheld by the Home Office just before the Games. (dailymail.co.uk 01 Sep 2012; guardian.co.uk, 31 Aug 2012)