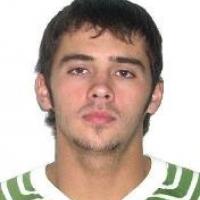 When and where did you begin this sport?
He began swimming at age eight in Novotroitsk, Russian Federation.
Why this sport?
Doctors advised his parents to get him involved in the sport to improve his health.
Club / Team
Ekran Aquatics Youth Sports School of Olympic Reserve of St. Petersburg [RUS] / Orenburg Regional Centre of Sports Preparation [RUS]:
Name of coach
Olga Baidalova, RUS, from 2004

Hobbies
Cars. (Athlete, 14 Jul 2014)
Memorable sporting achievement
Winning gold at the 2012 Paralympic Games in London. (Athlete, 14 Jul 2014)
Most influential person in career
His coach. (Athlete, 05 Sep 2012)
Hero / Idol
US swimmer Michael Phelps, US basketball player Michael Jordan, Russian swimmer Alexander Popov. (Athlete, 05 Sep 2012)
Superstitions / Rituals / Beliefs
He never wears new clothes to a competition. In addition, his coach always wishes him good luck to which he answers, "Good luck is with us." (bezformata.ru, 15 Aug 2010)
Sporting philosophy / motto
"If you overcome yourself at training, you will overcome everyone." (Athlete, 05 Sep 2012)
Awards and honours
He holds the title of Honoured Master of Sport in the Russian Federation. (paraswim.ru, 11 Apr 2016)

In recognition of his performance at the 2012 Paralympic Games in London, he received the Order of Friendship. He was also given the Certificate of Honour of the Orenburg region of Russia. (orenburg-gov.ru, 14 Sep 2012)
Other information
DEDICATION TO HIS MOTHER
He dedicated the gold medal he won in the 100m breaststroke final at the 2012 Paralympic Games in London to his late mother. She passed away on February 11th, 2012, and her death caused him to stop training until June. "This is my mother's medal. I shall go to her tomb and show it to her. I think she will be very happy." (rsport.ru, 09 Sep 2012)