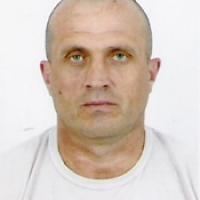 When and where did you begin this sport?
He took up Para athletics in his thirties at the Sparta sports club in Lisakovsk, Kazakhstan.
Why this sport?
Following his amputation he tried sitting volleyball, weightlifting and swimming but switched to athletics as it suited him best. His coach heard about Para sport competitions in Almaty, Kazakhstan, and Sidorchuk found the money to fund his journey there.

Injuries
He has suffered from osteomyelitis, an infection of the bone. (comode.kz, 30 Dec 2014)
Awards and honours
In 2016 he was named one of the Best Athletes with an Impairment in the Kostanay region in Kazakhstan. (top-news.kz, 01 Jan 2017)

He holds the title of Master of Sport of International Class in Kazakhstan. (alau.kz, 12 Oct 2011)
Impairment
Both his legs were amputated as the result of a train accident at age 27. Working as an assistant to a train conductor, he was in a hurry to get to a date when he climbed over an open train car and fell off. He then spent a year in hospital being treated for his injuries as well as gangrene. (comode.kz, 30 Dec 2014; kstnews.kz, 19 Jun 2012)
Other information
MYSTERY ILLNESS
In December 2016 he began to experience a constantly dry mouth due to a lack of saliva. Doctors were unable to diagnose the cause of the problem following a series of tests. (time.kz, 14 Mar 2017)