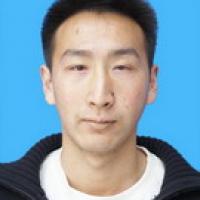 When and where did you begin this sport?
He took up Para athletics in 2003.
Why this sport?
He trained in the javelin at a young age and continued to pursue the discipline after he lost his sight. He used his training sessions to help deal with the frustration of no longer being able to see and his talent was discovered, which led to him becoming involved in Para athletics.
Club / Team
Beijing: China

He has sustained a number of injuries to his fingers during his career. (bdpf.org.cn, 16 Feb 2013)
Sporting philosophy / motto
"Win honour for my country." (Athlete, 26 Oct 2015)
Awards and honours
In 2014 he was named an Elite Para Athlete of International Class by the China Administration of Sport for Persons with Disabilities [CASPD]. (cpc2008.org.cn, 15 Nov 2014)

He took part in the torch relay ahead of the 2008 Paralympic Games in Beijing. His leg of the relay was in Beijing, People's Republic of China. (china.com.cn, 06 Sep 2008)

He received a Sportsmanship Award at the 2004 National Para Games in the People's Republic of China. (dbw.cn, 05 Sep 2008)