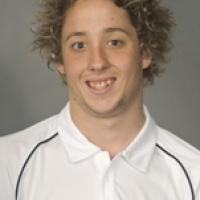 When and where did you begin this sport?
He began swimming at age four.
Why this sport?
He took up swimming after he was told it would be good therapy for his impairment.
Name of coach
Yuriy Vdovychenko [national]

In 2009 he received the Medal of the Order of Australia [OAM] for service to sport as a gold medallist at the 2008 Paralympic Games in Beijing. (itsanhonour.gov.au, 31 Dec 2009)

He was named the Hawkesbury Sportsperson of the Year in 2008 and 2009, the first athlete to receive the award in two consecutive years. (hawkesburygazette.com.au, 26 Aug 2009)
Other information
OTHER ACTIVITIES
He is a committee member for the Friends of Brain Injured Children ACT organisation in Australia. (Linkedin profile, 15 May 2014)