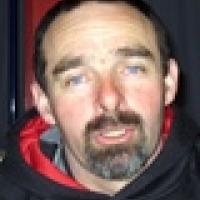 He was New Zealand's flag bearer at the opening ceremony of the 2004 Paralympic Games in Athens. (paralympicsnz.org.nz, 05 Aug 2012)
Other sports
He has played wheelchair rugby for New Zealand. (stuff.co.nz, 31 Aug 2012)
Impairment
He suffered a spinal injury in an accident on a farm bike. (paralympicsnz.org.nz, 05 Aug 2012)
Other information
WARNING
He was given a reprimand in August 2012 after testing positive in an out-of-competition test for the drug probenecid. He had admitted taking the drug after seeing a doctor for an infected arm. The doctor was unaware the drug was prohibited for athletes. (3news.co.nz, 11 Aug 2012)