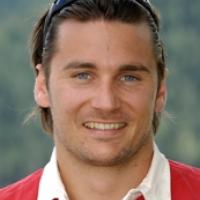 Hobbies
Handcycling, wheelchair basketball, reading. (oepc.at, 20 Feb 2014)
Awards and honours
He was chosen as Austria's flag bearer for the opening ceremony of the 2014 Paralympic Winter Games in Sochi. (paralympic.org, 07 Mar 2014)

He was named the Austrian state of Vorarlberg's Sportsman of the Year in 2013. (vorarlbergernachrichten.at, 26 Mar 2013)
Other sports
He also competes in handcycling for RC ENJO Vorarlberg. (rollstuhlclub.at, 27 Nov 2013)
Impairment
He was involved in a motorcycle accident in May 1998 that resulted in spinal cord injuries. (oepc.at, 01 Mar 2010)