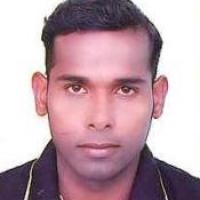 Awards and honours
He received the prestigious Arjuna Award in 2011. (news.nwn.in, 09 Feb 2012)
Impairment
He lost his right hand in an accident. (daijiworld.com, 30 Jul 2011)
Other information
NATIONAL FIRST
When he won bronze at the 2010 Commonwealth Games in Delhi, India, he became the first Indian para-athlete to win a Commonwealth Games medal. (indiatimes.com, 01 May 2014)