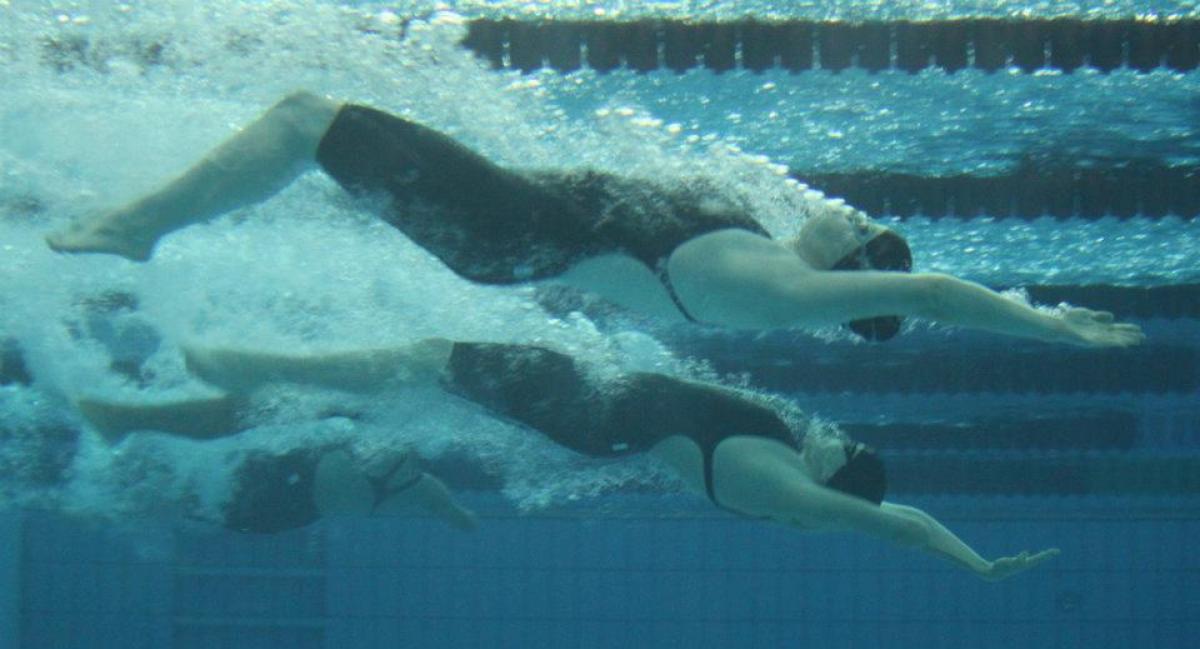 "Being the host of the 2014 Commonwealth Games, Glasgow will provide everything we need for a highly successful Swimming European Championships in 2015."

The International Paralympic Committee (IPC) is proud to announce that the city of Glasgow, Scotland will host the 2015 IPC Swimming European Championships.

Building on the success of last year’s European Championships in Berlin, which saw a record number of participants and 31 world records broken, the IPC is expecting even more swimmers in Glasgow. More than 500 swimmers from over 40 countries are expected to compete.

The venue will be the new Tollcross International Swimming Centre, the same pool that will host the swimming competitions of the Glasgow 2014 Commonwealth Games. The venue is currently undergoing a £13.7million upgrade of its facilities, which will be finished in the spring of 2013. The refurbishment project will see the creation of a new six-lane, 50-metre warm-up pool to add to the existing 10-lane 50-metre competition pool

Xavier Gonzalez, IPC Chief Executive Officer, said: “We are delighted that we are already in a position to announce the host city for the 2015 IPC Swimming European Championships.

“Being the host of the 2014 Commonwealth Games, Glasgow will provide everything we need for a highly successful Swimming European Championships in 2015.

“This will be the first major Para-Swimming Championships in Great Britain following London 2012 and we are looking forward to working with British Swimming, UK Sport, Event Scotland and Glasgow City Council to make these Championships a fantastic event.”

David Sparkes, Chief Executive for British Swimming said: “We are delighted to have won the bid to stage the IPC European Championships in Glasgow in 2015. British Swimming together with Glasgow City Council, Glasgow Life, EventScotland and UK Sport believe we can showcase Para-Swimming to the whole of Europe.

“We believe that we will put Para-Swimming and the IPC into a stronger position and in turn leave for the IPC a legacy which will prove to be an important landmark for the organization. We look forward to welcoming the whole European Para-Swimming Family to the friendly city of Glasgow and the beautiful country of Scotland which as we all know is passionate about sport.”

Simon Morton, Director of Major Events and International Relations at UK Sport, said: "The IPC European Swimming Championships in Glasgow in 2015 is the first major international event in a Paralympic sport secured for the UK beyond 2012.

"The Championships form part of an ambitious series of events that UK Sport hopes to stage on home soil after the London 2012 and Glasgow 2014 Games, to help cement the UK's position internationally as a world leading host nation.

"This event, along with the 2015 Artistic Gymnastics Championships, will be hosted at a Glasgow 2014 legacy venue, and provide British athletes with a valuable opportunity to compete at home during qualification for the 2016 Paralympic Games."

The Depute Leader of Glasgow City Council and the Executive Member for the Commonwealth Games, Councillor Archie Graham, said: “The Tollcross International Swimming Centre is rightly regarded as one of the UK’s leading swimming venues. Over the years it has hosted many top-class events and today’s announcement will reaffirm our position as a centre for excellence in world swimming. The ongoing improvements at Tollcross will give us one of the very best facilities in Europe capable of hosting major events such as the 2015 IPC Swimming European Championships.”

Paul Bush OBE, Chief Operating Officer for EventScotland added: “It is great news for Glasgow and Scotland that we have secured another marquee sporting event in the 2015 IPC Swimming European Championships. Scotland is the perfect stage for international events, which is reflected by the sporting calendar in the lead up to, and beyond 2014; highlighting an important legacy element of hosting the Commonwealth Games and The Ryder Cup.”

John Atkinson, National Performance Director of British Disability Swimming said: “Hosting a home championships is a great benefit to the home nation in terms of developing its athletes and support staff, it provides a real focus that could be used to continue to motivate all in the sport.”

British Swimming is the National Governing Body for Swimming, Diving, Synchronised Swimming, Water Polo and Open Water in Great Britain. It is responsible internationally for the high performance representation of the sport. The members of British Swimming are the three Home Countries national governing bodies of England (ASA), Scotland (Scottish ASA) and Wales. (Welsh ASA) British Swimming seeks to enable its athletes to achieve gold medal success at the Olympics, Paralympics, World Championships and Commonwealth Games.

The £13.7million Tollcross International Swimming Centre is being built by Glasgow City Council and will be managed by Glasgow Life.

UK Sport’s World Class Events Programme currently distributes around £3.5 million of Lottery funding each year to support the bidding and staging of major international sporting events on home soil. Over 110 events hosted by at least 35 different towns and cities will have been supported from 2007 until the London 2012 Olympic and Paralympic Games, attracting around 30,000 athletes and over 27,000 opportunities for officials and volunteers to develop key skills ahead of London 2012. The success of this programme has led to the development of an ambitious event hosting strategy for the post London 2012 period, which will see National Lottery investment increase to £5 million per year. This programme will ensure a major events legacy for the UK by using our new event-hosting assets to establish the UK as one of the world’s leading host nations. Major events included within this programme will need to demonstrate the ability to support the performance objectives of British athletes, create high-profile opportunities to engage people with sport, use and demonstrate the legacy of London 2012 and Glasgow 2014 and drive positive economic and social impacts for the UK. Events already secured for the UK in the period 2013-2019 include the 2017 World Athletics Championships (London), 2015 World Gymnastics Championships (Glasgow), the 2015 Canoe Slalom World Championships (London) and the 2013 World Triathlon Championships Series Grand Final.

EventScotland is the national events agency.

EventScotland is working to make Scotland one of the world’s leading event destinations. By developing an exciting portfolio of sporting and cultural events EventScotland is helping to raise Scotland’s international profile and boost the economy by attracting more visitors. For further information about EventScotland, its funding programmes and latest event news visit www.EventScotland.org.