IPC announces Athlete of the Month shortlist for Best Female 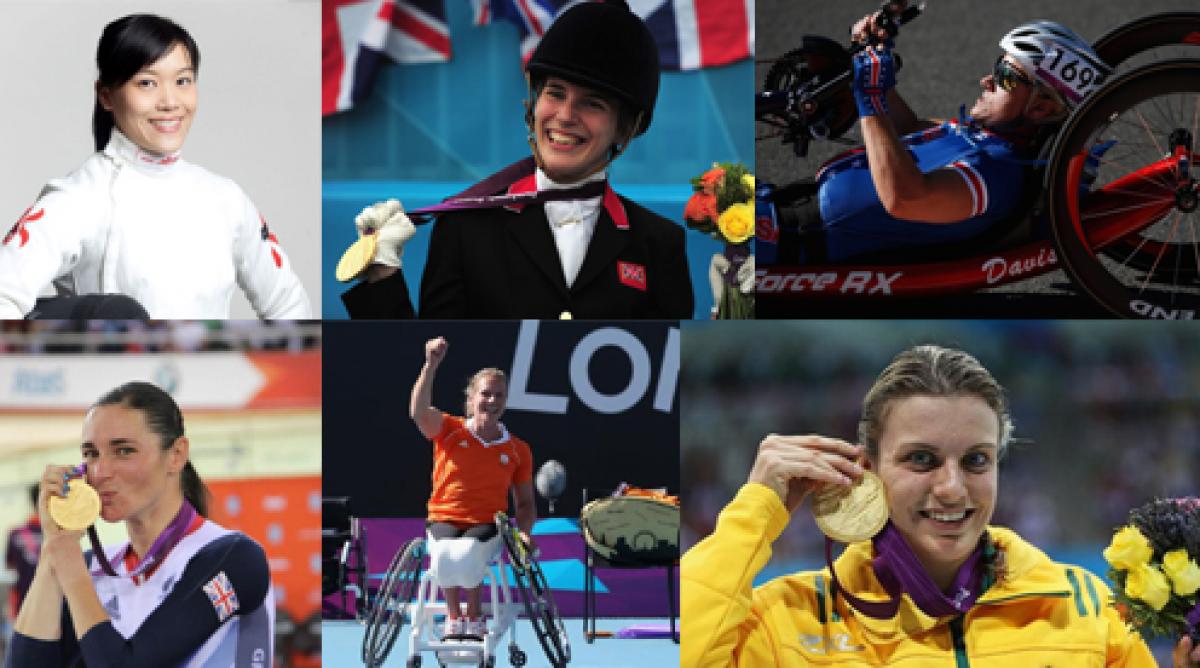 The public now has until 12:00 (CEST) on 12 October to vote for their favourite performance.

The International Paralympic Committee (IPC) has revealed the shortlist for the Best Female Athlete of the Month for August and September combined based on performances at the London 2012 Paralympic Games, and the public can now vote for the winner on www.paralympic.org.

The finalists for the award include:

Jacqueline Freney (Australia, swimming): The Australian was the most decorated athlete at London 2012 with an astounding eight gold medals at the Aquatics Centre. Six of her golds came from individual events, with the other two coming from relays.

Sophie Christiansen (Great Britain, equestrian): The 24-year-old left her mark as the top Paralympic equestrian rider in the world, winning gold in the individual championship test and individual freestyle test grade 1a events, in addition to helping the British reach the top of the podium in the team test grade 1a.

Sarah Storey (Great Britain, cycling): The cyclist capped off the 20th year of her career with gold in all of her events, taking the top prize in the individual pursuit and time trial C5 events on the track and the individual road race and time trial in the C5 class on the road. She is now Great Britain’s most decorated female Paralympian, surpassing Tanni Grey-Thompson’s collection of 11 golds, four silvers and one bronze.

Muffy Davis (USA, cycling): The American rider was a perfect three-for-three in London, claiming gold in the individual time trial and road race H1-2 at Brands Hatch, in addition to partnering with Oscar Sanchez and Matthew Updike to win the H1-4 team relay. London 2012 was the first Summer Games for the four-time Paralympic winter medallist, a former skier.

The public now has until 12:00 (CEST) on 12 October to vote for their favourite performance.