The International Paralympic Committee (IPC) initiated plans for the 2018 Paralympic Winter Games this week by delivering an orientation seminar in PyeongChang, Korea to around 70 delegtaes. 03 Jul 2012
Imagen 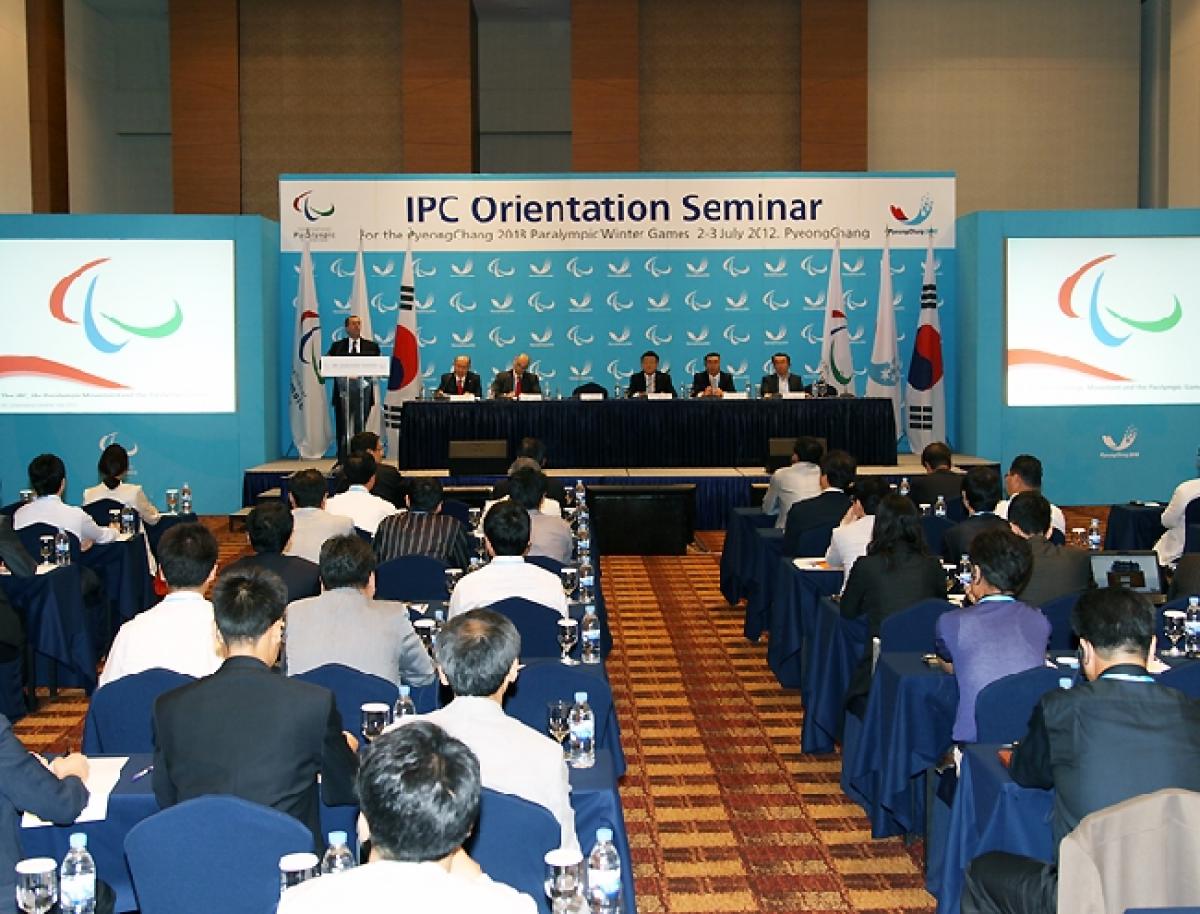 “The IPC Orientation Seminar is the first action of a long-term comprehensive Knowledge Management programme that is now available from the IPC for the Paralympic Games organizers."

An IPC delegation travelled to Alpensia Resort in PyeongChang to meet with members of the PyeongChang 2018 Olympic and Paralympic Winter Games Organizing Committee (POCOG), as well as Korean Paralympic Committee staff and local government officials.

The trio introduced the seminar attendees to the background of the Paralympic Movement and informed them about key timelines and how to plan for an inclusive Winter Games.

During the two-day seminar from 2-3 July, key objectives for the 2018 event were identified, including accessibility, Games schedules and legacy opportunities.

Xavier Gonzalez said: “The IPC Orientation Seminar is the first action of a long-term comprehensive Knowledge Management programme that is now available from the IPC for the Paralympic Games organizers. It includes a series of educational workshops, observer’s programmes, simulations and consulting, all designed and executed within the Paralympic Excellence Programme, in co-operation with the IPC Academy.”

The Korean Paralympic Committee was represented by Secretary General Jin Ho Son and a number of national federations and representatives from Gangwon province.

The PyeongChang 2018 Paralympic Winter Games will be held from 9-18 March, 2018. More than 50 countries are expected to send a total of around 600 athletes to compete across five sports.