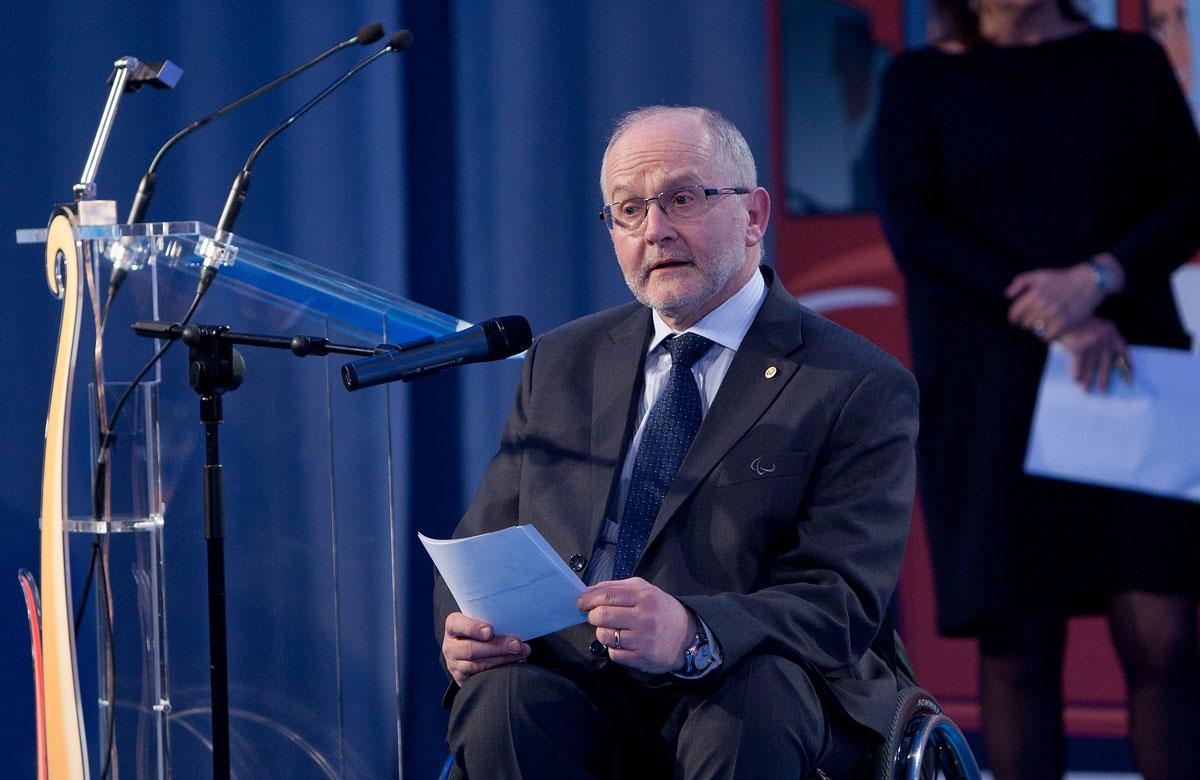 Sir Philip at the Paralympic Evening in Madrid, Spain

Previously awarded to an array of celebrated dignitaries including Sir Bobby Charlton and Bernie Ecclestone, the Lifetime Achievement Award recognizes people whose work and dedication has changed the face of the sport industry forever.

According to the judging panel Sir Philip has made a seismic contribution to UK sport and his commitment and presence has stamped an indelible mark on the sport industry over a number of decades. He was presented with the award former teammate Armand 'Tip' Thiboutot and NBA legend John Amaechi amidst emotional scenes in London, in front of an audience of 1,750 key figures from across the entire spectrum of British and European sport.

Bolton born Sir Philip, 61, has been President of the IPC, the global governing body of the Paralympic Movement since 2001, and later this year will oversee his sixth Paralympic Games at London 2012.

During his time as IPC President, the Paralympic Movement has enjoyed significant growth and now boasts over 200 members, including 174 National Paralympic Committees across the globe. The Paralympic Games have also developed rapidly into the second biggest sporting event in the world and later this year a cumulative TV audience of close to four billion people will watch the London 2012 Games involving 4,200 athletes from 160 countries.

Xavier Gonzalez, the IPC’s Chief Executive Officer, said “I am delighted that Sir Philip has been recognized by his peers with this prestigious award, it is thoroughly deserved.

“It is fitting that in the lead-up to London 2012 he receives this accolade.”

Nick Keller, the Chairman of the Sport Industry Group, commented: "Sir Philip Craven has fought tirelessly and at times against fierce opposition in his 40-year quest for self-determination and the advancement of wheelchair basketball and the Paralympic Movement as a whole.

“It is no exaggeration to say that, without him, the Paralympics we know today and the Games we look forward to this summer would be absolutely unrecognisable. The Sport Industry Awards judges were unaninimous in their decision to award Sir Philip this Award, and I know their admiration for his achievements is echoed not just in this country, or on this continent, but all around the world."

In addition to being the global head of the Paralympic Movement, Sir Philip is an IOC Member, a Board Member of LOCOG and a Member of the British Olympic Association’s Executive Board.

During his international wheelchair basketball career Sir Philip won the 1973 world title and two European titles in 1971 and 1974.