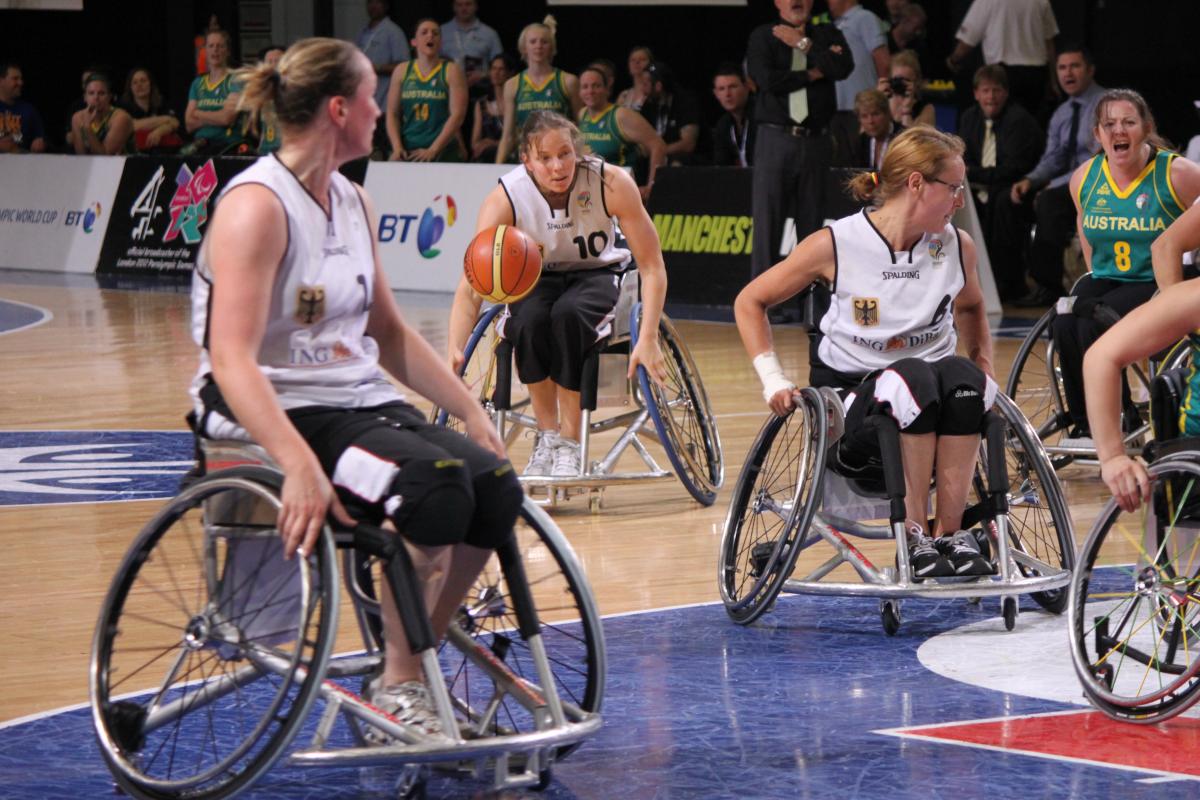 The International Paralympic Committee (IPC) has announced its shortlist for May’s Athlete of the Month award, and the public can now vote for the winner via the poll on the homepage.

The sprinter became a crowd favourite during the first race of the BT Paralympic World Cup in Manchester, UK, when he set a new world record in the 100m T36 sprint with a time of 11.98. He then later won the 200m with a mark of 25.12.

They won the Malmo Lady Intercup in May, beating USA 3-0 in the finals.

USA reigned supreme at the BT Paralympic World Cup handing host nation Great Britain a 61-57 defeat. Jason Nelms was virtually unstoppable for the Americans, lighting up the scoreboard with 17 points, Joe Chambers added 14 and the American bench contributed a whopping 26.

The Brazilian favourites triumphed to defeat Great Britain, 4-2, in the gold-medal game at the BT Paralympic World Cup.

The team won a thrilling 47-40 victory over Australia at the BT Paralympic World Cup. Marina Mohen was firing on all cylinders from beginning to end for Germany, as she racked up 37 points and 12 defensive rebounds to carry her team to the title.

The ParaPan American gold-medallist and No. 1 junior player won the Japan Open Super Series event on the NEC Wheelchair Tennis Tour beating the world No. 1, 2 and 4. Fernandez had never reached a Super Series semi-final before.

The public now has until 12:00 (CET) on 11 June 2012 to vote for which athlete or team it thought had the best performance last month on the para-sport scene.

To vote, visit the homepage on paralympic.org

Finland Women Goalball Team won the Gold Medal against USA during the Malmö Lady InterCup in Malmö, Sweden - 18-20 May.

Jeremy Campbell is the defending Paralympic gold medallist in the Discus F44 event.