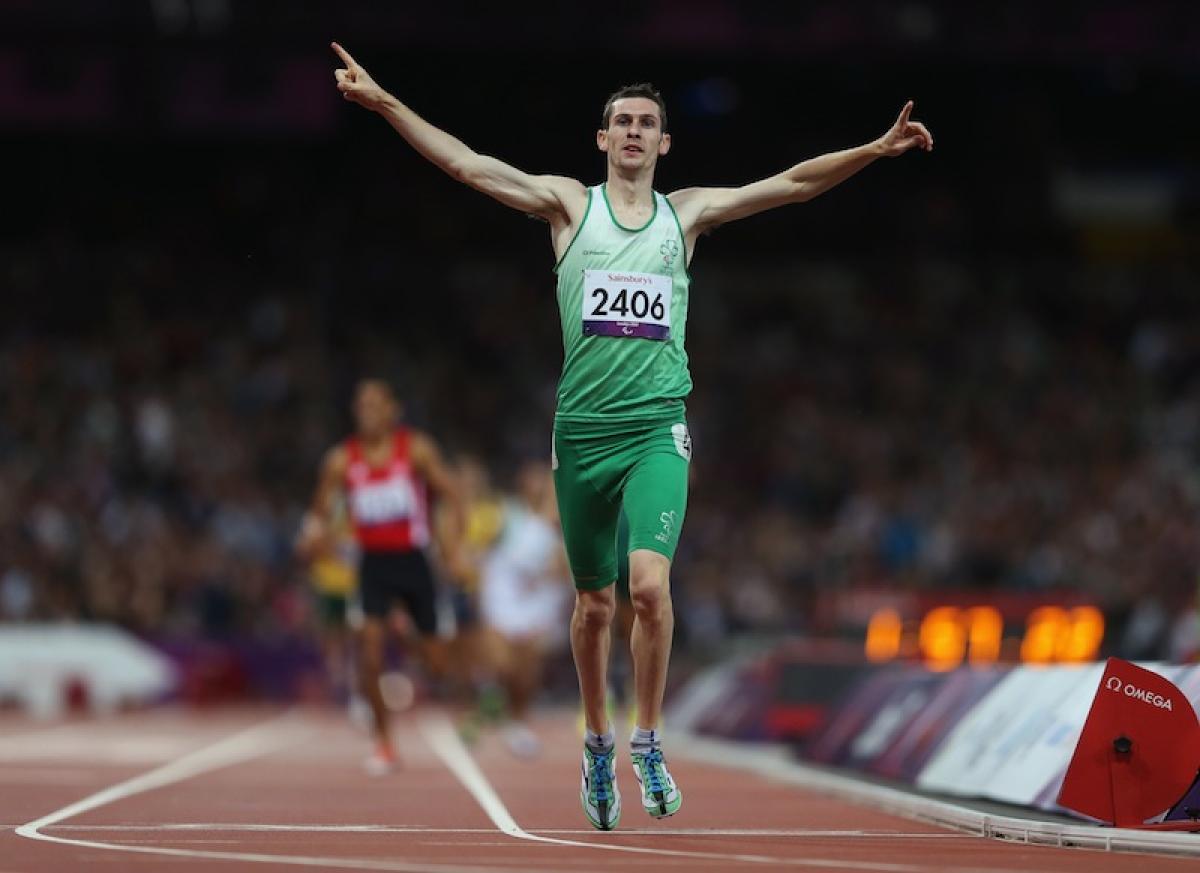 The final winners for the Whang Youn Dai Achievement Award have been selected by the International Paralympic Committee (IPC).

Ireland's Michael McKillop and Kenya's Mary Nakhumicha Zakayo were chosen as the athletes who exemplified the best spirit of the Paralympic Games, and they will both receive a gold medal at the London 2012 Closing Ceremony on Sunday (9 September), which will be presented by IPC Vice President Greg Hartung and Dr. Whang Youn Dai.

Zakayo, who competes in javelin and shot put F57, has helped changed the face of Paralympic sport in Africa.

"Because of my success in field events more women with disabilities in my community and in Kenya have shown interest in sports," Zakayo said. "People with disabilities, especially women are now getting involved in sports not just in athletics and field events but also in other sports as well like wheelchair basketball and sitting volleyball.

McKillop, who lit up the Olympic Stadium in London with gold-medal winning races in the 800m and 1,500m T37 events, consistently dedicates time to helping and encouraging thousands of school children throughout Ireland. He believes all Paralympians should help promote their own sports and serve as role models for the next generation.

Thirty-nine participating countries nominated 58 athletes for the award, for which the Whang Youn Dai chose the finalists and the IPC chose the winners from there.

The final two winners were chosen by an independent panel of judges comprised of Hartung and two IPC Governing Board members, Rita van Driel and Ann Cody.

The mission of the Whang Youn Dai Achievement Award is to enhance the will of people with an impairment to conquer their adversities through the pursuit of excellence in sports and through the Paralympic Games.

These two winners have shown exceptional qualities that represent this award.

There will be a press conference at the London 2012 Main Press Centre at 13:00 on Sunday (9 September), which will include both athlete winners, as well as Dai, the founder of the Award, and Justin Jeon, Secretary General of the Award Committee.