The post-London 2012 Games edition of the IPC’s magazine, The Paralympian, is a great souvenir from the best Games ever. 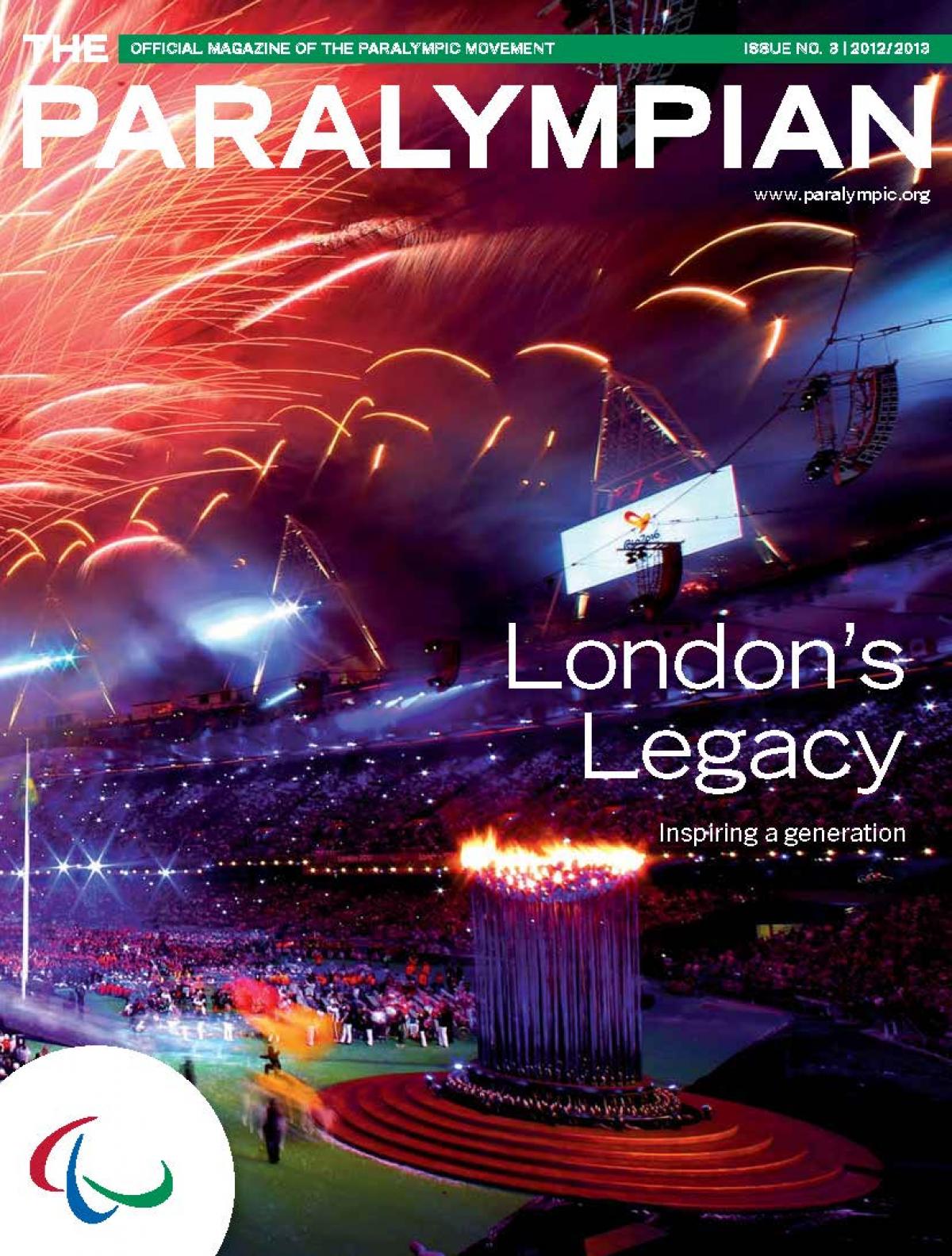 The third edition of the year is full of some of the most iconic images from the London 2012 Paralympic Games.

The post-London 2012 Games edition of The Paralympian, the International Paralympic Committee’s (IPC) award-winning magazine, has now been published online and is available to view here.

The third edition of the year is full of some of the most iconic images from the London 2012 Paralympic Games. It takes a look back at what IPC President Sir Philip Craven has dubbed ‘the best Games ever’ through the eyes of athletes, as 20 athletes from each sport provide a unique insight into their experiences of the Games. The section highlights some of the top achievers and recaps the medal tally for each sport.

The lead article focuses on the first signs of legacy for the London 2012 Paralympic Games. Although it is too early to say how big London’s legacy will be, the first signs are already there of changed perceptions and greater opportunities for people with an impairment to play sport.

The NPC profile looks at Namibia and Joanna Benson, the Laureus Award nominee who alongside Fiji’s Iliesa Delana won her country’s first ever Olympic or Paralympic gold medal.

Snowboarding is covered in the sport profile, which through development work and perseverance became the most recent addition to the Paralympic programme.

The athlete profile covers Russia’s Mikhalina Lysova, who skis for the most dominant nation on the nordic skiing circuit.

The magazine also looks ahead to key sporting events in the next few months as well as the Sochi 2014 and Rio 2016 Paralympic Games.

On the final page, readers can see who has been nominated for the Laureus Award for Sportsperson of the Year with a Disability and who has been elected to the IPC Athletes’ Council.