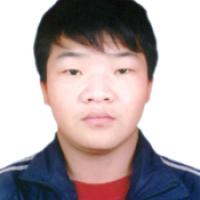 Memorable sporting achievement
Winning a gold medal [52kg] at the 2012 Paralympic Games in London. (jzrb.com, 17 Sep 2015)
Injuries
In 2015 he strained a muscle in his left arm at the National Para Games in Sichuan, People's Republic of China. Despite the injury he won silver at the event. (jiaozuo.ccoo.cn, 17 Sep 2015)
Awards and honours
In 2012 he received the May 4th Youth Medal in the People's Republic of China. (people.com.cn, 12 Sep 2012)
Impairment
His impairment is the result of the effects of polio contracted at age six months. (chinanews.com, 20 Sep 2012)
Other information
EARLY TRAINING
His father made him a powerlifting bench with bricks, and a barbell with an iron rod so he could practise at home when he was young. (sina.com.cn, 01 Sep 2012)