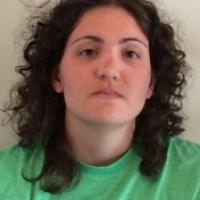 When and where did you begin this sport?
She took up the sport in May 2014 at the Thunder in The Valley Games in Saginaw, MI, United States of America.
Why this sport?
While competing at her first Para athletics meet, she impressed US Paralympians Scot Severn and Scott Winkler. The pair recommended her to US national Para athletics coach Erica Wheeler.
Name of coach
Erica Wheeler [national], USA

Most influential person in career
Her grandmother. (teamusa.org, 20 Sep 2016)
Hero / Idol
British theoretical physicist Stephen Hawking, US footballer Mia Hamm. (teamusa.org, 20 Sep 2016)
Sporting philosophy / motto
"It doesn't matter how many times you fall, just as long as you've gotten back up one time more than you've fallen." (Facebook profile, 19 Jan 2018)
Awards and honours
She was named Female Athlete of the Month for October 2015 by the United States Olympic Committee [USOC]. (teamusa.org, 03 Nov 2015)
Impairment
She developed transverse myelitis in 2012. The condition damaged her spinal cord and resulted in paraplegia. (teamusa.org, 10 Feb 2015; paralympic.org, 26 Aug 2016)
Other information
MUSICIAN
She played cello to a high level for 13 years, travelling internationally to perform, but has since been unable to play due to her condition. (teamusa.org, 20 Sep 2016; paralympic.org, 18 Jul 2016)

OTHER ACTIVITIES
In her spare time she volunteers at Shriners Hospitals for Children in the therapeutic recreation department. "That's a lot of fun. Sometimes it's facilitating discussions, sometimes fun activities, and kids just being kids. Despite the limitations of being at hospital to get treated, it's like, 'No, first and foremost you are a kid,' and we will modify and adapt what we need to in order to have fun." (paralympic.org, 30 Aug 2016)