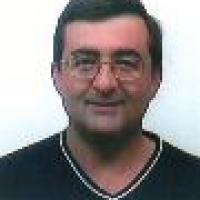 When and where did you begin this sport?
He started shooting in 2003 at age 40, in Spain.
Why this sport?
He started shooting for fun, but fellow Spanish para-shooter José Roberto Rodriguez Rojas saw him by chance, and realised he was indeed quite good. Rojas encouraged him to join a team and participate in tournaments.
Club / Team
Olympic Shooting Club Alcorcon: Alcorcón, ESP
Name of coach
Jose Roberto Rodriguez Rojas
Coach from which country?
Spain
Training Regime
He works everyday from 7am and does not return home until around 9-10pm. Only then does he have time to train.

Superstitions / Rituals / Beliefs
He says he used to be very nervous and anxious before a competition, but is learning to relax and enjoy the atmosphere. (vendedoresonce.blogspot.com, 20 Nov 2009)
Impairment
At age 19 he fell, breaking both tibia and fibula in his leg. Due to complications doctors had to amputate his leg. (vendedoresonce.blogspot.com, 20 Nov 2009)
Other information
LACK OF SUPPORT
In an interview before the para-shooting World Championships in Zagreb, 2010, he strongly complained about the lack of help and support that Spanish para-athletes receive from the Spanish Federation. "It's pathetic that they won't even provide us with ammo for training or the competition. All the material that we have is our own," he said. (ideal.es, 17 Jul 2010)