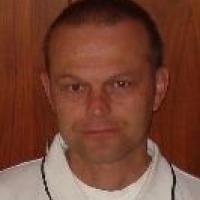 When and where did you begin this sport?
He has competed in athletics since his youth.

Hobbies
Supporting German football club Bayern Munich, listening to music. (Facebook page, 18 Mar 2017)
Sporting philosophy / motto
"He who stops being better, stops being good." (Facebook profile, 19 Feb 2017)
Awards and honours
In 2008 he received the Silver Ehrenmedaille [honorary medal] of the city of Munich, Germany, in recognition of his outstanding athletic achievements. (raimund-Spicher.de, 2012)
Impairment
In 2002 he was given a heart transplant. During the operation he suffered intolerance to the drug Heparin, which resulted in thrombosis in his legs. His right leg was amputated, while his kidneys subsequently failed and he had to undergo dialysis. Following surgery he stayed in hospital for eight months before he could start his rehabilitation. (raimund-spicher.de, 2012)
Other information
EARLIER HEALTH PROBLEMS
In 1990 he was diagnosed with a form of cancer named lymphoma, but after chemotherapy he was declared healthy. During a routine check-up in 1999 he suffered two heart attacks. He had to be revived several times and underwent emergency surgery that included three bypasses. (raimund-spicher.de, 2012)

FROM EAST TO WEST GERMANY
In 1988, while the Berlin Wall still divided Germany, he fled from the German Democratic Republic in the east with his wife and daughter to Bayern in West Germany. (raimund-spicher.de, 2012)