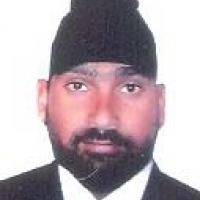 When and where did you begin this sport?
He began powerlifting in 1995 in Mehsampur, India.
Why this sport?
"I was inspired by my friend Surinder Singh Rana and I decided to do something different in life."
Club / Team
PHS Youth and Sports Club Mehsampur: India
Name of coach
Vijay Munishwar [national]