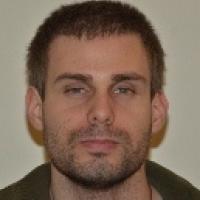 OTHER STUDIES
He has qualifications in disability and rehabilitation science, and disability research from Malmo University in Sweden. (Facebook profile, 29 Mar 2017)

AUTOBIOGRAPHY
In 2009 he published his autobiography titled 'Ostracised, Condemned, Accepted and Welcomed'. "It is about how I feel my differences have been received in different environments." (rasmusisaksson.se, 15 Feb 2013)