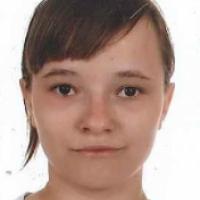 When and where did you begin this sport?
She took up the sport at age 20 in Gorzow Wielkopolski, Poland.
Why this sport?
A physiotherapist who took care of her grandmother told her about the START Gorzow club in Poland. He also gave her coach Zbigniew Lewkowicz's business card, so she contacted him and began going to training sessions.
Club / Team
START Gorzow Wielkopolski: Poland
Name of coach
Zbigniew Lewkowicz [club], POL

Nicknames
Renia (przegladsportowy.pl, 17 Jul 2017)
Hobbies
Reading. (fundusznataliipartyki.pl, 01 Jan 2017)
Memorable sporting achievement
Winning a silver medal in the F40 shot put at the 2017 World Championships in London, England. (SportsDeskOnline, 19 Apr 2021; przegladsportowy.pl, 17 Jul 2017)
Hero / Idol
Polish footballer Robert Lewandowski. (paralympic.org.pl, 20 Nov 2019)
Awards and honours
She received the 2018 Honorary Athlete of the Year award in Lubuskie Voivodeship, Poland. (skwierzyna.pl, 03 Feb 2019)
Ambitions
To set new world records in discus, shot put and javelin and to compete at the 2020 Paralympic Games in Tokyo. (fundusznataliipartyki.pl, 01 Jan 2017)
Impairment
She is a person of short stature. (ig24.pl, 16 Sep 2016)
Other information
WORLD RECORD BUT NO MEDAL
At the 2019 World Championships in Dubai, United Arab Emirates, she set a world record in the F40 discus throw. She improved her previous world record by four centimetres but, because the event was in the combined F40/F41 class, she was placed eighth. "I cannot believe it. I am very happy that such intentions which we had planned with the coach were achieved. It was the end of the season, so we were not sure if I would manage to throw a world record." (tvp.pl, 12 Nov 2019)