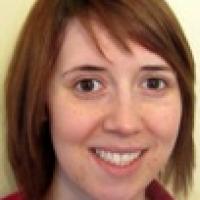 When and where did you begin this sport?
She began swimming at age eight with the Manitoba Blind Sports swimming programme and competed in her first national championships at age 11.
Club / Team
University of Manitoba Bisons: Winnipeg, MB, CAN
Name of coach
Vlastimil Cerny [club]; Craig McCord [national], GBR

Hobbies
Running. (swimming.ca, 2014)
Awards and honours
In 2014, she was named Para Swimmer of the Year at the Swim Natation Manitoba awards. (bisonswimming.ca, 01 Oct 2014)

She was awarded the Princess Pan Am Scholarship in 2005. (natation.ca, 21 Jul 2010)
Impairment
She has a congenital eye condition called Achromatopsia. (paralympic.ca, 2012)
Other information
INJURY BREAK
She had an ankle injury in 2007 which slowed her progression and eventually led to her stopping swimming altogether. In 2011, she decided to return to the sport try for a spot on the Paralympic team for the 2012 Paralympic Games in London. (paralympic.ca, 2012)

CAREER PLANS
She studies kinesiology at University of Winnipeg and hopes to study occupational therapy after graduating in 2015. "I want to work with kids. Occupational therapists helped me realise my potential, and I want to do the same for other children." (Twitter profile, 10 Apr 2014; uwinnipeg.ca, 2012, swimming.ca, 2014)