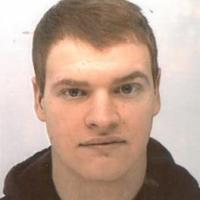 When and where did you begin this sport?
He took up athletics in 2008.
Why this sport?
Already playing football, he attended a trial with Federation Disability Sports Wales [FDSW] and discovered how fast he could run. This led him into athletics.
Club / Team
Rhondda Athletics [WAL] / DSW Para Academy [WAL]:
Name of coach
Kevin Williams [DSW Para Academy]

In late 2014 he returned to training after suffering from a bone stress injury. However, shortly after his return he sustained a hamstring injury and was unable to compete until April 2015. (britishathletics.org.uk, 25 Sep 2015; thepowerof10.info, 2015)
Sporting philosophy / motto
"I can and I will, watch me." (Facebook profile, 28 Jan 2017)
Awards and honours
In May 2014 he carried the Queen's Baton through Abardere, Wales, as part of the relay ahead of the 2014 Commonwealth Games in Glasgow, Scotland. (nuneaton-news.co.uk, 29 May 2014)

He won a special award at the 2012 Rhondda Cynon Taf Council Community Sports Awards to recognise his selection for the Great Britain Paralympic squad. (rctcbc.gov.uk, 19 Jul 2012)
Other sports
He won a silver medal in badminton at the 2009 Special Olympics Great Britain National Games in Leicester, England. (walesonline.co.uk, 14 Aug 2009)
Ambitions
To win a medal at the Paralympic Games, and to compete at the 2022 Commonwealth Games in Birmingham, England. (teamwales.cymru, 08 Mar 2019; gc2018.com, 01 Jan 2018)
Impairment
He developed encephalitis at age two. The condition caused paralysis on the left side of his body and issues with his sight. (london2012.com, 22 May 2012)