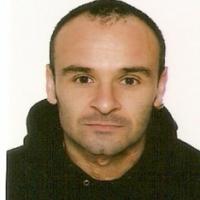 When and where did you begin this sport?
He took up Para cycling in 2016.
Why this sport?
He used to ride bicycles before his accident. Three months after his amputations he was back on a bike that had been adapted by his father and his brother. "It was like tearing down a wall. I realised I could accomplish anything that I wanted, and also learnt to face challenges in a positive way."
Club / Team
CD Aquatic Campanar: Valencia, ESP
Name of coach
Eloy Izquierdo [club]

He damaged the cartilage in his hip joint in December 2015. He recovered fully from the injury in March 2017. (yosoynoticia.es, 04 Apr 2017)
Sporting philosophy / motto
"The most important thing is our attitude when we face difficulties." (kurere.org, 02 Apr 2018)
Awards and honours
He was named flag bearer for Spain at the opening ceremony of the 2020 Paralympic Games in Tokyo along with Para swimmer Michelle Alonso. (dxtadaptado.com, 15 Jun 2021)

In 2008 he was named the Para Athlete of the Year at the Nostresport Awards in Spain. (telefonicaabilityawards.com, 16 Aug 2012)

In 1997 he was named Para Athlete of the Year in Paterna, Spain. (ricardoten.net, 15 May 2019)
Other sports
He represented Spain in swimming at five editions of the Paralympic Games, claiming three gold medals. He has been crowned world champion in both Para road cycling and Para track cycling, and also competed in Para alpine skiing at the 2004 World Championships in Wildschonau, Austria. (SportsDeskOnline, 03 Jun 2020)
Ambitions
To win gold at the 2020 Paralympic Games in Tokyo. (mundodeportivo.com, 03 Dec 2019)
Impairment
His arms and his left leg were amputated at age eight after he sustained burns to 75% of his body due to an accident with high-voltage power lines. (marca.com, 16 Sep 2019; kurere.org, 02 Apr 2018)
Other information
CHANGE OF SPORT
He competed in Para swimming at international level for more than 20 years, representing Spain at five editions of the Paralympic Games from 1996 to 2016. In 2017 he began pursuing Para alpine skiing and Para table tennis before deciding to focus on Para cycling. "I tried them only to have fun. I've always considered myself an agile and skilled person. Swimming taught me how to suffer in training. The bike was not unknown to me so it took less time [to adapt]." (elespanol.com, 10 Aug 2019; marca.com, 28 Dec 2017)