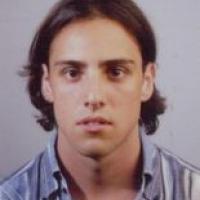 When and where did you begin this sport?
He took up the sport in 2010 in Fermo, Italy.
Why this sport?
He wanted to test his prosthesis to see if he could run, and continued from there.
Club / Team
Anthropos Civitanova Marche: Italy
Name of coach
Alessandro Kuris [national]