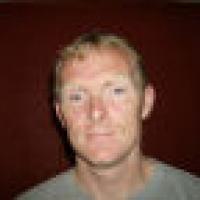 When and where did you begin this sport?
He took up Para athletics in 2005.
Club / Team
Saugeen Track and Field Club: Canada

Nicknames
Rick (blackburnnews.com, 22 Oct 2015)
Injuries
He broke his femur and missed an entire season before returning to compete at the 2009 International Blind Sports Federation [IBSA] Pan American Games. (athletics.ca, 11 Nov 2010)
Awards and honours
He was the flag bearer for Canada at the opening ceremony for the 2015 World Championships in Doha, Qatar. (blackburnnews.com, 22 Oct 2015)