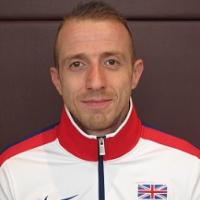 When and where did you begin this sport?
He began wheelchair racing in 2010 after switching from wheelchair basketball.
Why this sport?
He was inspired to take up the sport after watching British wheelchair racer David Weir compete at the 2008 Paralympic Games in Beijing.
Club / Team
Harlow AC: England
Name of coach
Jenni Banks [personal], from 2013

In 2019 he experienced health issues that affected his season. (activityalliance.org.uk, 09 Nov 2019)

In 2010 he broke his wrist after his wheelchair flipped during training. He was back competing within six weeks. (herts24.co.uk, 19 Aug 2010)
Awards and honours
In October 2019 he was named on the Essex Power 100 list for that year. The list, compiled by English news website Essex Live, is comprised of the 100 most influential people from the county. (essexlive.news, 28 Oct 2019)

In November 2018 he was named Disability Sports Personality of the Year at the Active Harlow Sports Awards in England. (harlow.gov.uk, 27 Nov 2018)

He received the Para Sports Personality of the Year award at the Active Essex Sports Awards in England in 2015 and 2017. (theenquirer.co.uk, 04 Dec 2017; harlow.gov.uk, 26 Nov 2015)
Other sports
He has played wheelchair basketball for the Essex Outlaws in England. (Twitter profile, 18 Sep 2019)
Ambitions
To compete at the 2020 Paralympic Games in Tokyo. (yourharlow.com, 20 Jul 2019)
Impairment
He was born with spina bifida. (harlowstar.co.uk, 25 Sep 2015)
Other information
OTHER ACTIVITIES
He has served as a coach at Harlow Athletics Club in England. (inyourarea.co.uk, 16 Sep 2020)