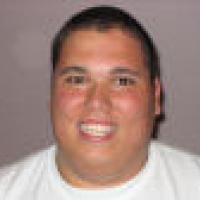 When and where did you begin this sport?
He took up the sport at age 14.
Why this sport?
He was encouraged to take up athletics by his parents, who wanted him to stay active. "I fell in love with the sport and I have been competing ever since."
Club / Team
Sarnia Athletics Southwest Track and Field Club [ASW]: Canada
Name of coach
Joel Skinner [club], CAN

Hobbies
Ice hockey. (Linkedin profile, 2015)
Hero / Idol
US shot put athlete Randy Barnes. (trackfield97.com, 01 Jul 2012)
Awards and honours
He was a torch bearer as the relay made its way through Sarnia, ON, Canada, ahead of the 2015 Pan American and Parapan American Games in Toronto, ON, Canada. (theobserver.ca, 14 Jun 2015)
Famous relatives
His great-grandfather competed in water polo at the 1936 Olympic Games in Berlin. His grandfather was the head official for athletics at the 1976 Olympic Games in Montreal, and his aunt was Canada's chef de mission for the 1984 Olympic Games in Los Angeles. (trackfield97.com, 01 Jul 2012; paralympic.ca, 01 Aug 2007)
Impairment
He was born with cerebral palsy. (blackburnnews.com, 25 Apr 2015)
Other information
OCCUPATION
He works as a statistician for Sarnia Sting Hockey Club, who play in the Ontario Hockey League in Canada. (Linkedin profile, 2015)