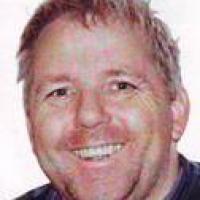 Other information
MUSIC
He is a musician, and performs under the name Angryfish. "At my core I am a poet and a songwriter, I make the statements about who I am and I will define my own future. I'm a singer songwriter who wants to be heard. Nothing more, nothing less." (myspace.com, 22 Sep 2011)

MBE FOR RECOGNITION
He says he received his MBE as much for his campaigning as his sporting achievement. "As early as 1985 I was arguing about access to sport and recognition of athletes, access to participation and all sorts of things, as a political issue, not just as a sports sort of nice thing. That was the whole point. I received my MBE in 1988 which was for services to disability sport, but was primarily about the fact I had been arguing and fighting for equality of recognition." (disability.co.uk, 02 Jul 2010)