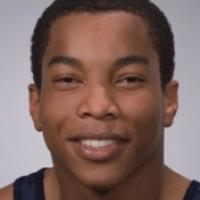 When and where did you begin this sport?
He began focusing on the sport of powerlifting after finishing university.
Why this sport?
He used to wrestle through high school and university and missed the competitive aspect of sport.
Training Regime
He trains four or five days a week at the Islip gym on Long Island, NY, United States.

Memorable sporting achievement
His time wrestling in division one at Pennsylvania State University. (yourproudestmoment.com, 23 Sep 2012)
Sporting philosophy / motto
"I hated disabled sports when I was growing up. Just something about them, they're so cheesy. You know, just like the whole motto that everybody is a winner in disability sports. I just hated it. In sports, there's supposed to be a winner and a loser - right down the line." (post-gazette.com, 05 Mar 2006)
Other sports
He wrestled for Pennsylvania State University. (post-gazette.com, 05 Mar 2006)
Impairment
He was born without a hip joint on his right side and half a joint on the other. At age four, his legs were amputated. He occasionally wears prosthetic legs. (sportsillustrated.cnn.com, 01 August 2006)
Other information
MOTIVATIONAL SPEAKER
He works as a motivational speaker and was a candidate for the US Leukaemia and Lymphoma Society's 2011 Man and Woman of the Year award. He was also the subject of a motivational advertising campaign from Nike in 2008, themed 'No Excuses', and missed the try outs for the 2012 Paralympic Games due to his speaking engagements. He motivates children at schools, explaining what it takes to succeed. "Most schools don't even have someone in a wheelchair. It's good for them to see someone with a disability. Now, when they see someone in Wal-Mart in a wheelchair, they don't look down on them. They don't take their own lives for granted." (thehandiestone.typepad.com, 10 Dec 2010; live.psu.edu, 01 Feb 2008; nydailynews.com, 07 Sep 2012)

WRESTLING HISTORY
His middle school gym teacher Ron Croteau asked him to become manager of the school sports teams. Cotreau later persuaded him to take up wrestling. He qualified for the 96lbs weight class, the lowest possible. "I always viewed my disability before I started to wrestle as a negative, but once I started to wrestle, it became a positive." (abcnews.go.com, 09 Dec 2010)