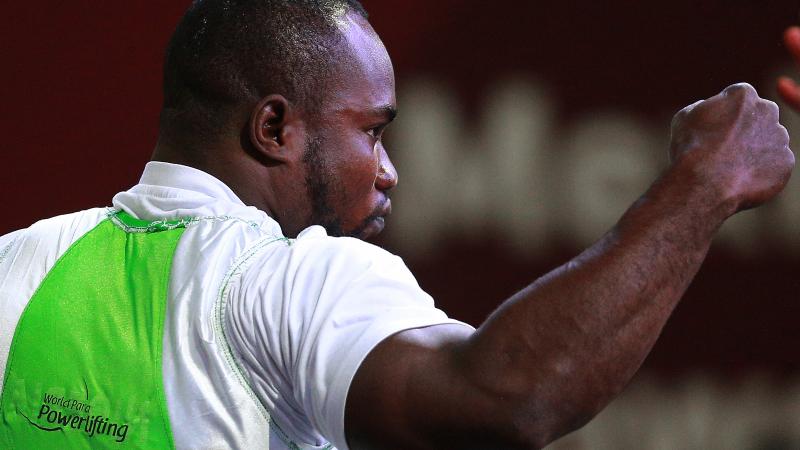 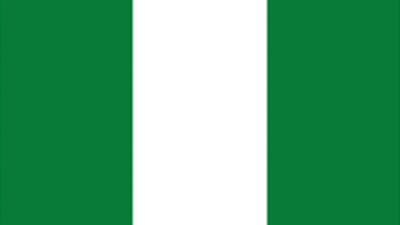 The Nigerian powerlifter won the men’s up to 54kg thanks to a 180kg lift. Although far from his world record of 200kg, it was still enough for him to leave the competition with gold.

Only months before, he took his maiden Commonwealth Games title in Gold Coast, Australia, and claimed gold at the ninth Fazza World Cup in Dubai, United Arab Emirates.

In 2017 he won his first World Championship title in the men’s up to 54kg with a 180kg lift. One year earlier, Ezuruike also topped the podium at the Rio 2016 Paralympic Games.

The Nigerian barely knows what it feels like not to win gold.

Since taking up the sport in 2014, he had to settle for silver only once at the Glasgow 2014 Commonwealth Games. Ever since, he has only celebrated victories.

When and where did you begin this sport?
He began training in Para powerlifting in 2011 in Owerri, Nigeria and first competed in 2014.
Why this sport?
"Powerlifting started for me as a hobby. I was inspired by the female powerlifters from Imo state like Josephine Orji. They started the sport before me and I used to see them wearing the national colours. I decided to join them and that was how the journey began."
Name of coach
Feyisetan Are [national]

Hobbies
Music. (Athlete, 10 Jul 2019)
Memorable sporting achievement
Winning silver in the lightweight bench press at the 2014 Commonwealth Games in Glasgow, Scotland. (Athlete, 10 Jul 2019)
Most influential person in career
Coach Feyisetan Are. (Athlete, 27 Jul 2014)
Hero / Idol
Iranian Para powerlifter Siamand Rahman. (Athlete, 10 Jul 2019)
Sporting philosophy / motto
"People need to believe in themselves and keep finding an inner strength because, then, they will get a meaning out of their lives at some point. They should have motivation because, no matter how long it takes, their hard work will eventually pay off." (punchng.com, 02 Jun 2018)
Ambitions
To compete at the 2020 Paralympic Games in Tokyo. (punchng.com, 02 Jun 2018)
Impairment
His impairment is a result of the effects of polio. (Athlete, 10 Jul 2019)
Other information
TOKYO PREPARATIONS
He set a Paralympic Games record in the 54kg category when he lifted 200kg to win gold at the 2016 Games in Rio de Janeiro and in early 2021 he expressed doubt that he will better that performance at the rescheduled 2020 Games in Tokyo. "Preparations for me have been very low key due to the COVID-19 pandemic. Tournaments that I should have participated in ahead of Tokyo have been postponed or cancelled. Since the lockdown in 2020, most of my training has been done at home. All these challenges may affect my ambition of breaking my record and setting another one in Tokyo but I will give it my all." (SportsDeskOnline, 29 Apr 2021; newscentral.africa, 08 Jan 2021)