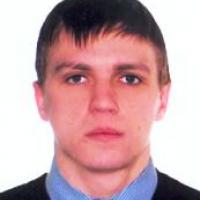 When and where did you begin this sport?
He took up the sport at age six in Minsk, Belarus.
Why this sport?
His father, who is also visually impaired, encouraged him to become a swimmer.
Club / Team
Youth of Moscow: Russia
Name of coach
Vadim Labokha [personal], RUS