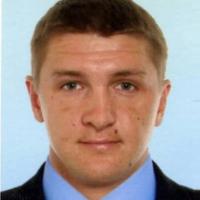 When and where did you begin this sport?
He became involved with the sport in September 2006 in Dmitrov, Russian Federation.
Why this sport?
His mother found a sports club and they advised her to allow him to try the sport.
Club / Team
Vorobyovy Gory Sports School of Olympic Reserve: Moscow, RUS
Name of coach
Irina Gromova [national], RUS; Dmitry Gromov, RUS

He received the Order for Merits to the Fatherland [second and fourth grades] in the Russian Federation, in recognition of his performances at the Paralympic Winter Games in 2010 and 2014. (kremlin.ru, 17 Mar 2014; kremlin.ru, 26 Mar 2010)