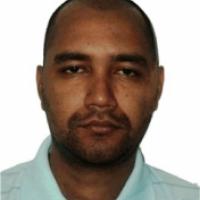 When and where did you begin this sport?
He took up the sport in 2007 in Sao Paulo, Brazil.
Why this sport?
He began swimming as part of his physiotherapy.
Club / Team
Liga Central de Natacao: São Carlos, BRA
Name of coach
Airton Bianchi [club, national]

Nicknames
Rony (cbdu.org.br, 28 Jul 2017)
Hero / Idol
US basketball player Michael Jordan. (Athlete, 19 Jul 2015)
Impairment
He sustained a cervical injury in 2004 after he was involved in a bicycle accident. (cbdu.org.br, 28 Jul 2017; jornaldooeste.com.br, 08 Jun 2015)
Other information
NAME
His parents planned to name him Daniel until his godfather suggested the name Ronystony. Although he is not completely sure of its origins, he suspects it may be a Brazilian slant on the name of British rock band, The Rolling Stones. "It seems that my godparents put a Brazilian twist on the name. Some say it is an odd name but I think it is beautiful. If I had a son, I would give him this name too. But since I have two daughters, it was not possible." (esportes.terra.com.br, 15 Aug 2013)