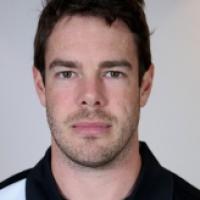 When and where did you begin this sport?
He took up the sport in January 2010 in New Zealand.
Why this sport?
He was introduced to Para athletics at a Paralympics New Zealand [PNZ] talent identification programme event in July 2009. He originally signed up for cycling, but tried javelin as it was another of the test events that day.

Memorable sporting achievement
Winning silver at the 2015 World Championships in Doha, Qatar. (athletics.org.nz, 01 Aug 2017)
Most influential person in career
His mother. (partnerslife.co.nz, 01 Jul 2018)
Injuries
He tore a ligament in his throwing [right] elbow in April 2015, and returned to training in September in the lead up to the 2015 World Championships in Doha, Qatar. (odt.co.nz, 25 Sep 2015)

He dislocated his left knee in December 2012 which stopped him training for two months. (odt.co.nz, 18 Feb 2013)
Sporting philosophy / motto
"Be the best you can be." (sportotago.co.nz, 17 Dec 2012)
Impairment
At age three he was hit by a truck in Lower Hutt, New Zealand, which resulted in his left leg being amputated below the knee. (odt.co.nz, 25 Sep 2015)