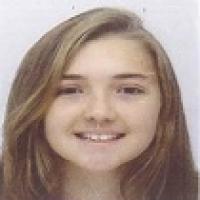 When and where did you begin this sport?
She began swimming at age 11.
Why this sport?
"I couldn't do much in physical education class, but swimming just felt natural."
Club / Team
Manchester Aquatics: England
Name of coach
Graeme Smith [club], GBR; Rob Aubry [national], GBR
Training Regime
She trains twice a day at Manchester Aquatics Centre in England.

Injuries
In 2011 she dislocated her knee twice and required surgery. (SportsAidUK, 18 Apr 2011)
Awards and honours
In 2018 she was named as one of The Tab's Future 100, a list of inspirational and influential female students compiled by student publication The Tab. (Twitter profile, 13 Jun 2018; thetab.com, 13 Apr 2018)

She was named the 2007 South East Regional Sportsperson of the Year at the Nationwide Disability Sports Awards in England. (oxfordmail.co.uk, 17 Sep 2009)
Ambitions
To win a medal at the 2020 Paralympic Games in Tokyo. (manchestereveningnews.co.uk, 26 Feb 2018)
Impairment
Her right foot was amputated when she was a baby. (oxfordmail.co.uk, 02 Sep 2014)
Other information
STOLEN CAR
Her specially adapted car, which also contained her sports prosthetic leg, was stolen in February 2018. "I rely on that car more than someone else, I rely on that leg as well. My car had my prosthetic leg in. I have got a prosthetic leg I was wearing at the time. The one in the car was for sport. It has taken months to get that fitted and to wear it in. It is such a special thing for me. Nobody is going to have a use for that apart from me. It is the first time I have had one to use in the gym. I use it for training." (bbc.co.uk, 26 Feb 2018; manchestereveningnews.co.uk, 26 Feb 2018)

COACHING
She coaches the University of Manchester [UoM] swimming club and she was nominated for the 2018 Coach of the Year award by UoM Sport. (Twitter profile, 13 Jun 2018)

PORTRAIT PRIZE
In 2009 she was the subject of the winning photo at the Taylor Wessing Photographic Portrait Prize held at National Portrait Gallery in London, England. Paul Blake's portrait of her was taken using Victorian photographic technology. (guardian.co.uk, 04 Nov 2009)

OTHER STUDIES
She has also studied at the University of Glasgow in Scotland. (Facebook profile, 01 Oct 2017)